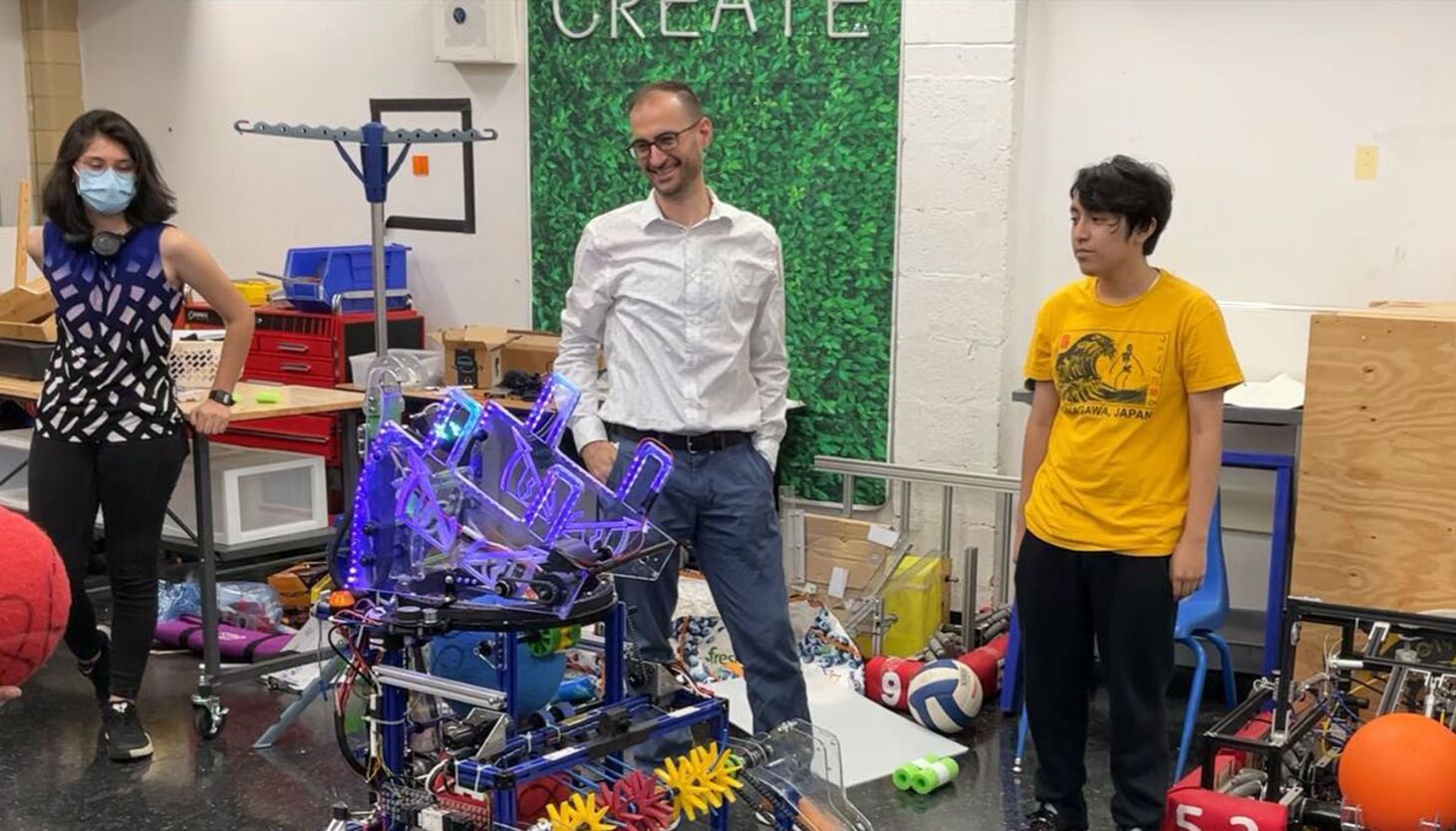 A woman of color who grew up in the Bronx, she wants to see more students who look like her learning Java, Python, web design or other coding skills.

But for many students in the nation’s largest school system — particularly girls, Black students, and Latinos —  by the time they get to high school, it’s too late. Many get turned off before they make it to the high-level courses Newton-Rodriguez teaches at the Bronx Academy for Software Engineering, or BASE.

In the various computer science classes she leads this year, the number of girls ranges from just one to four. (Nearly 90% of the students at tech-heavy career technical education school are boys, Newton-Rodriguez said.)

“Some students don’t see themselves as programmers. They won’t take the first steps,” Newton-Rodriguez said. “It’s still taking some time, even for the adults, to validate computer science. It’s still seen as an elective.”

Despite New York City’s 10-year plan to bring “computer science to all” students by 2025, equity remains a big issue, according to a recent report from New York University’s Research Alliance analyzing the program through the 2020-21 school year.

Just 17% of schools were meeting the equity goals of reaching girls, Latinos, and Black students under CS4All, as the initiative is called. Schools that made bigger strides in building up computer science courses enrolled lower percentages of Black and Latino students on average, the report said, finding “persistent inequities” in access to computer science within and across schools. (Overall, schools saw a bit of a backslide in their computer science offerings most likely due to the pandemic stretching schools thin, the report noted.)

To shift the culture in computer science classrooms, Fanscali said, educators not only need to emphasize the value of the subject, but also need to show how computer science can be a “tool for solving problems and issues in your own community and for social justice.” That also requires educators to think more “holistically” about computer science and embed it across disciplines, she said.

Teacher training has remained a roadblock. While the CS4All initiative aims to reach 5,000 teachers through a two-week summer professional development session, more substantive courses have been sparse.

New York City is trying to address this through a program called “Computer Integrated Teacher Education” to help train more than 1,000 New York City teachers to integrate computing across subjects. The $14 million initiative, announced Monday, is funded through a public/private partnership with the education department, CUNY, Google, Robin Hood, and Gotham Gives, and is believed to be the largest effort of its kind in the nation, city officials said. The funding will cover scholarships for at least 800 teachers enrolling in the program as well as enable CUNY to design new courses.

“We are focused on an ambitious goal to provide our students with a clear pathway to and preparation for a rewarding career and long-term economic security,” schools Chancellor David Banks said in a statement.

For her part, Newton-Rodriguez — who last year was recognized with the Fund for the City of New York’s prestigious Sloan Award for Excellence in Teaching Science and Mathematics –  is doing what she can to get more students from underrepresented groups engaged in computer science.

She talks about possible career pathways, or even ways to make pocket money, explaining that students in her user experience/user interface design class can make posters for their local pizza shops or religious organizations and charge $500 to $1,000 for their services. She embeds culturally responsive lessons in her classes, talking about “what happens if they are not there” contributing to top companies. For instance, she discusses how in the early days of Tesla, the camera technology used by the self-driving cars were not picking up pedestrians with darker skin tones, she said.

“It’s trying to convince them why they are needed,” said Newton-Rodriguez, who worked as a graphic designer before becoming a public school teacher 17 years ago.

She sees the possibilities of cross-discipline collaborations: For instance, a social studies lesson on Harriet Tubman could discuss what she could have done for the underground railroad if she had information technology, and what kind of problems that tech could have brought as well. But when she suggests giving computer science—related professional development to her colleagues, they push back, saying they have other topics to cover in those sessions, she said. And because it’s not a core subject, she can’t get a co-teacher to help her with students with disabilities, making it harder to differentiate and help students whose math skills need help.

She and other educators said that computer science training has to start when children are younger to give students a stronger foundation. Research has found that exposing young children to computational thinking is crucial to building future success in tech fields — and shaping early attitudes toward careers in technology — but a 2020 Center for Urban Future study looking at nonprofits running after-school and in-school programs, however, found relatively few of them focused on grades K–5.

Importance of peer support among teachers

While Newton-Rodriguez has helped her school build up its computer science program, including the Advanced Placement courses in the subject that she teaches, she also found a supportive community of computer science educators through Math For America, a nonprofit focused on connecting the city’s accomplished math and science teachers. Joel Bianchi, a computer science teacher at Energy Tech High School in Queens, said meeting colleagues through Math for America has been “life-giving,” since he had previously felt like he was on “an island” working on the subject matter.

New York State only created a license for computer science education a few years ago, Bianchi said, but there have been few pathways to get it. He’s in one of them, with about 60 other educators: a three-year-old free program through CUNY’s Hunter College for middle and high school teachers with other licenses to get a certificate for the subject.

But since the pandemic, the demographics have changed. This year, his course initially enrolled six girls. Three have since dropped it. (His school is also more than 80% male.)

“Almost every year I’ve had issues with really high performing girls feeling overwhelmed. And at the same exact moment, several underperforming boys feel completely confident,” Bianchi said. “I struggle with it… What are the things as a teacher I can control?”

He worries that female students get messages from other teachers in the building “subconsciously perpetuating the stereotype” that the course is too hard and technical, and he worries those messages start from a young age.

He noticed that boys tend to speak over the girls in mixed gender groups, so he groups girls together. But the girls continue to struggle with feeling like they belong, and once one left this year, it was a domino effect. He tried to get ahead of it. When the students struggled, he had them go over and correct their tests, giving them a chance to learn from their mistakes and bump up their grades. (He even shared an article with his class last year about why girls excel in the classroom but boys excel in the workforce.)