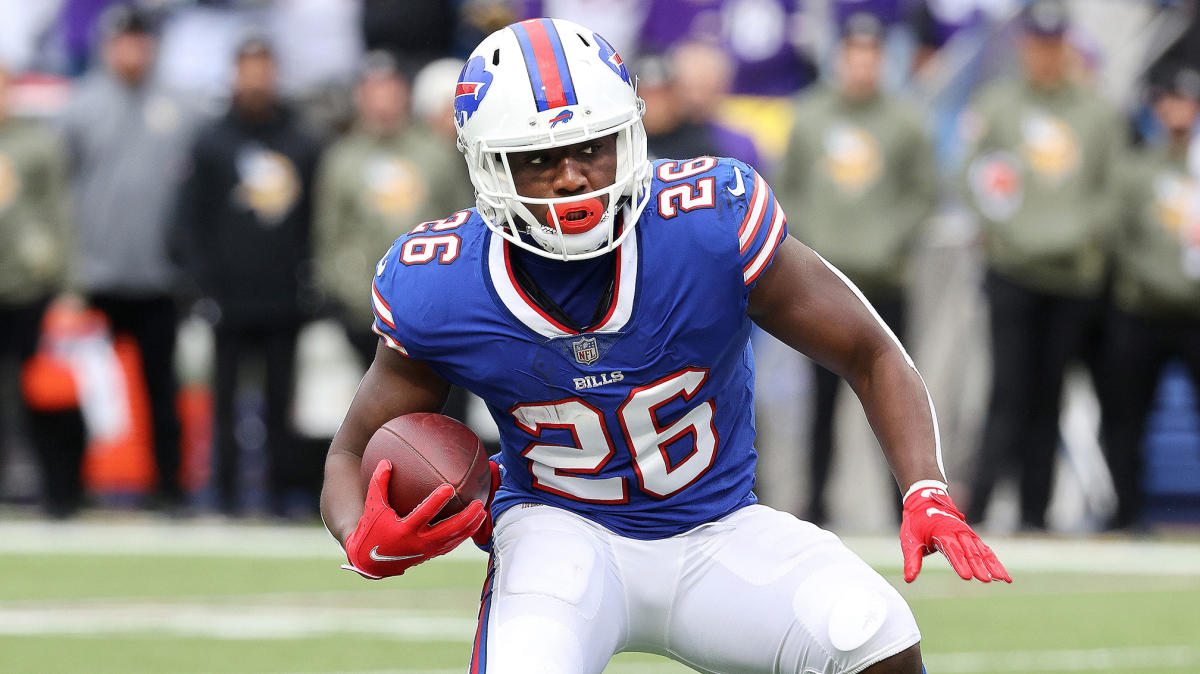 Darnell Mooney, Isiah Pacheco and Donovan Peoples-Jones held it down in Week 11 as some of the players I wrote about in this column last week. Gus Edwards, well, not so much since he ended up not even playing. Regardless, we move on. The best part about this week? There are no byes! That’s great and it’s crucial for those of you making a run at the fantasy playoffs. At this point, you’re likely starting some players you’re not crazy about, but those are the challenges of fantasy football. Down the stretch is where you separate the champs from the chumps and the postseason heroes from the consolation bracket warriors. I won’t sugarcoat it, it’s going to be tough, but victory is much sweeter when you start the right players in your FLEX spot. Let’s get to it.

Sure, the Lions completely shut down Saquon Barkley in Week 11, but they were solely focused on that and there were no other serious threats. That won’t be the case in Week 12 as Singletary looks to let the good times roll. Singletary has a chance to go three straight games with a touchdown against a Lions defense that is the league’s eighth-worst unit against running backs in fantasy this season. The threat of Josh Allen at the goal line along with Stefon Diggs and Gabe Davis on the outside will give Singletary a chance to keep his touchdown streak going. The Bills-Lions game has the highest over/under by far at 54.5, so expect plenty of points to be put on the board in this matchup. Singletary should shine and Davis also makes sense to be in your lineup.

Slayton is WR21 while averaging 14.6 fantasy points per game since Week 7. This is even more impressive considering the Giants had their bye in that time frame. He was once the forgotten man behind Kadarius Toney, Kenny Golladay, Sterling Shepard and Wan’Dale Robinson, but he has been a reliable target for Daniel Jones since reemerging. Slayton saw his highest target number of the season in Week 11, reaching 10. He’ll be even more important now that Robinson is lost for the season after a breakout game. The Cowboys are tough against receivers, as they’re the sixth-best fantasy-wise against them this season. But while Slayton is a good player, a defense won’t use extra resources to try to slow him down. If the Cowboys’ game plan is anything like the Lions’, all the attention should be focused on Saquon Barkley.

Editor’s Note: The action never stops at Bet MGM! Sign up now using bonus code BERRY and your first wager is risk free, up to $1,000. Get started here.

Don’t look now but Gibson has averaged 17 touches per game over his last three. In those games, he’s been RB18 and goes up against a Falcons defense that has allowed RBs to finish inside the top 10 four weeks in a row (D’Onta Foreman twice, Austin Ekeler and David Montgomery). It’s a good matchup for Gibson (as well as Brian Robinson Jr.) and the Commanders, who are looking to win their third straight game. Furthermore, the Falcons are giving up 4.3 receptions and 32.3 receiving yards per game to running backs in 2022 which is Gibson’s specialty. No longer having to worry about Robinson completely dominating early-down touches, Gibson should be safe no matter how the game script goes. Fire him up this week with confidence.

Let’s run it back! Why not? If you feel like you haven’t seen enough of Burks yet to put him in your starting lineups, ask yourself this: Who else are the Titans really going to depend on in the passing game? Sure, Robert Woods is no slouch and we’ve seen what he can do over the course of his career, but for the most part, we know what we’re getting. In Week 11 we saw for the first time what Burks can bring to the offense. After a seven-catch, 111-yard performance, the rookie showed why he was drafted in the first round. What was nice about this performance is that he did it on eight targets that included chunk plays (43 and 51 yards) and the Titans’ willingness to manufacture targets for him. Another rookie wideout, George Pickens, is coming off a game against the Bengals where he went 4/83/1. The Bengals’ secondary is also banged up enough for Burks to exploit. Can we get an encore?

I would assume most are already going to start Jeff Wilson Jr. after he went 17/119/1 against the Browns in Week 10, so we’ll talk about Mostert here. In that same game, Mostert went 8/65/1 while catching four targets for 22 yards, so he’s not chopped liver. This game could get ugly for the Texans, who rank dead last in giving up fantasy points to running backs this season. While it’s clear the Dolphins have shifted toward Wilson as their lead back, Mostert will still have an important role. He’s gotten nine and eight carries in Wilson’s two games with the Dolphins, respectively. If he can secure that with a few targets/catches, he will be a fine FLEX against a weak opponent. Although double-digit point spreads have been shaky for heavy favorites this season, if this game goes as expected you could see more of both running backs. Mostert isn’t an every-week start, but you can start him against the Texans.

Palmer proved to still be a big part of the Chargers’ offense despite the return of Keenan Allen and Mike Williams as evidenced by his 50-yard touchdown catch on the first drive in Week 11’s Sunday night matchup. He’ll be even more important since Williams reaggravated the injury to his ankle. Never fear as Palmer faces a Cardinals defense that just gave up two touchdowns to 49ers receivers in Week 11. It was a poor defensive effort by the Cardinals as they just couldn’t figure out how to handle all of the 49ers’ playmakers. They won’t get a break in Week 12 either as the Chargers come into Arizona desperate for a win. Palmer is an easy FLEX play and should be considered startable as the team’s WR2 behind Allen.