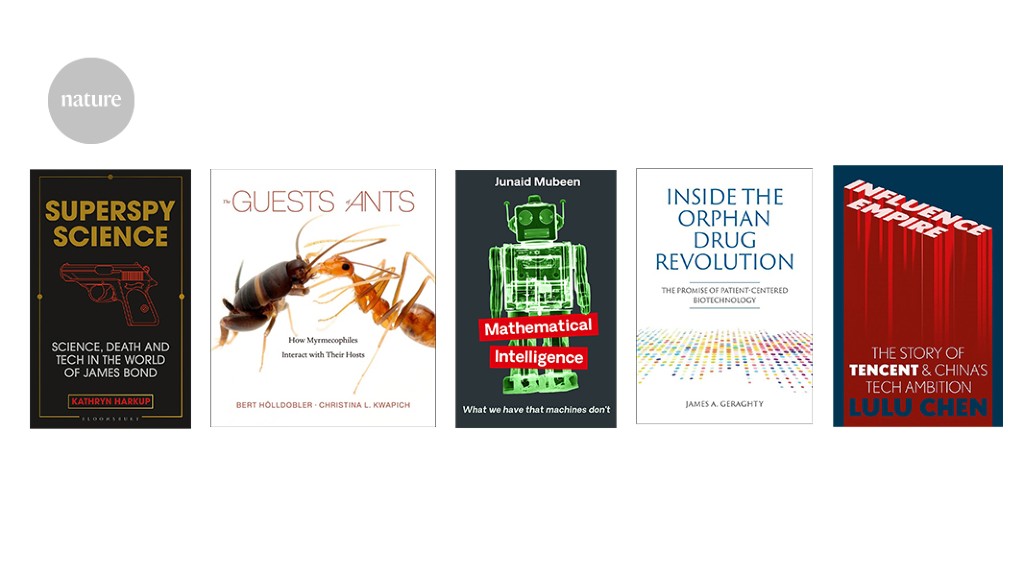 The Guests of Ants

Ants are “easily fooled”, write Bert Hölldobler and Christina Kwapich in their profoundly researched, gloriously illustrated treatise on ant symbiosis. Other organisms — including bacteria, butterflies, fungi and spiders — “can circumvent or break their code and exploit the social acquisitions of ant societies”, for example by entering colonies and masquerading as ants, so their hosts cannot distinguish friend from foe. Hölldobler’s erstwhile co-author E. O. Wilson, who died last year, admired this enchanting book as a “true classic”.

Inside the Orphan Drug Revolution

An ‘orphan’ disease is a rare condition that has been abandoned by the pharmaceutical industry. Fewer than 10 drugs were approved for orphan diseases in the United States in the 1970s — but since the 1983 Orphan Drug Act, there have been more than 900. Some have been developed by biotech companies where entrepreneur James Geraghty has held senior roles over four decades. His informative, sometimes passionate, account mixes patients’ struggles with business, medicine, politics and technology.

In 2017, Chinese company Tencent overtook Facebook financially. Founded in 1998 by Pony Ma, it merges the functions of Deliveroo, Facebook, PayPal, TikTok, Uber, WhatsApp and Yahoo into the super-app WeChat, notes reporter Lulu Chen. Her insider history, based on extensive interviews but discreetly unillustrated, wrestles with the tortured relationship between the Internet and China’s authorities. She predicts that Tencent’s future will be oriented — like an “overconfident dragon” — more towards China than the rest of the world.

Films starring secret agent James Bond are famous for their technology. But how reliable is their science? Kathryn Harkup — a chemist turned author — provides a stylish answer, film by film. For example, when author Ian Fleming published Goldfinger in 1959, lasers did not exist. When its adaptation appeared in 1964, they did. The movie showed a ruby laser making a death ray. In reality, death would have required a carbon dioxide laser producing infrared radiation, invisible to audiences.

For most of history, mathematics has been defined by calculation — whether with stones, slide rules or computers. This “false coupling” is why, argues mathematician and educator Junaid Mubeen, many fear that the increasing calculative power of artificial intelligence (AI) will overwhelm mathematicians. His intelligent analysis explains why computers will always complement, not replace, people. “Human knowledge”, he says, “is embodied, emotive and subjective” — which can never be true of computers and AI.

The author declares no competing interests.