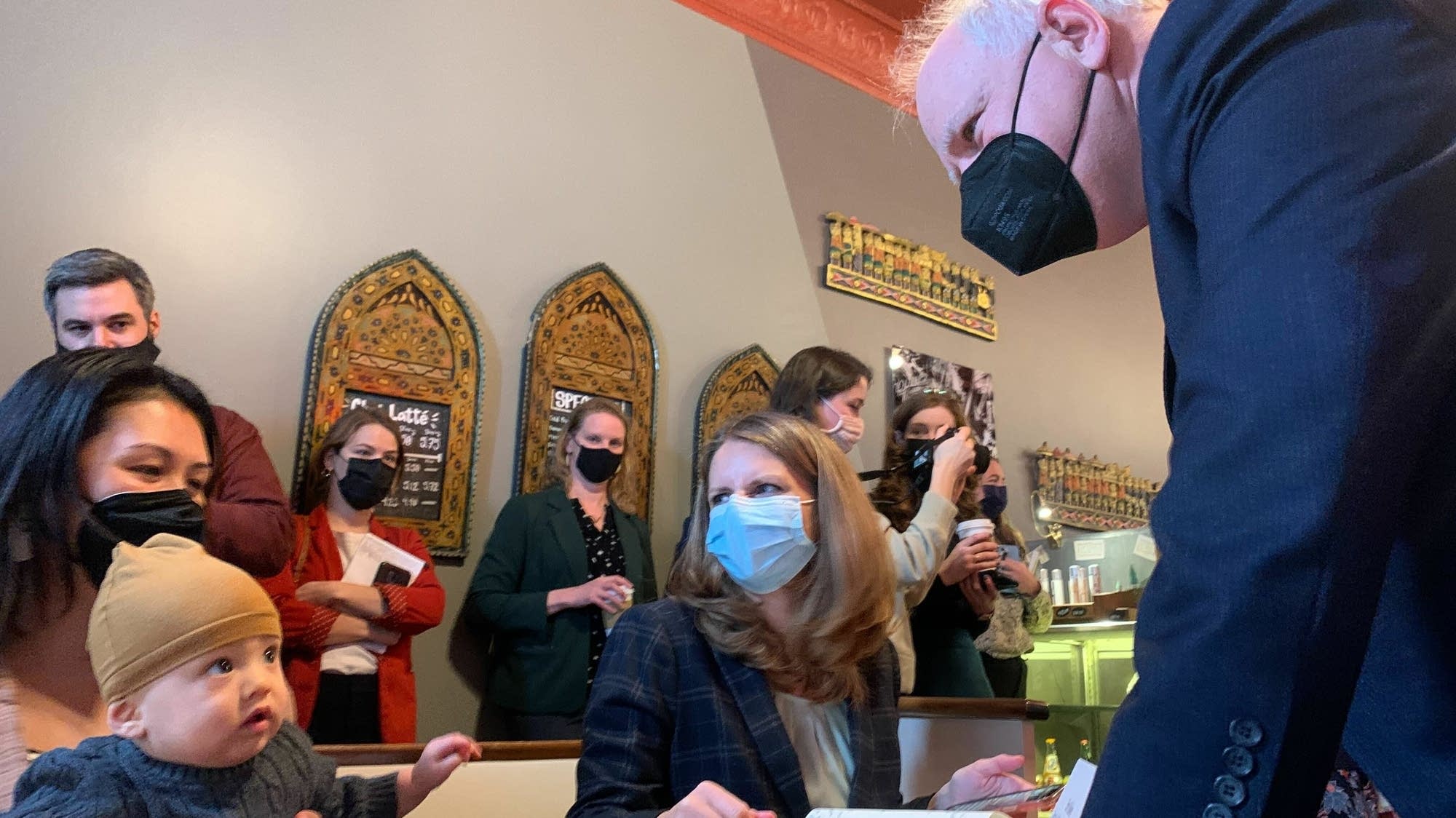 After years of coming up short at the Minnesota Capitol, supporters of a paid family and medical leave program have a clear shot at getting a plan across the finish line in 2023.

Democratic leaders in the Legislature and Gov. Tim Walz said the issue will be a top priority next year. And with DFLers holding the levers of power at the Capitol next year, the proposal has a new fast track to passage.

Under the plan, workers and employers would pay into a state pool that functions like the unemployment insurance fund. And workers could tap that fund for partial wage replacement if they need to take time off to have a baby, care for a loved one or recover from sickness.

Prior versions of the bill would give 12 weeks of paid family leave and 12 weeks of sick leave. But Rep. Ruth Richardson, DFL-Mendota Heights, said she’s still ironing out the details. The biggest issue is leveling the playing field, she said.

“There’s an unfortunate legacy in our country of having uneven safety nets. And this is really a way to ensure that there is a more equitable safety net,” Richardson said. “And so that’s why I think it’s really important, because it’s a way to recognize the inherent humanity of everyone, not just people who are lucky enough to have someone who thinks that they deserve leave.”

Before you keep reading, take a moment to donate to MPR News. Your financial support ensures that factual and trusted news and context remain accessible to all.

Corinne Freedman Ellis saw that inequity first-hand in her work as a pastor. Freedman Ellis said she was lucky to have paid leave when her daughter was born, but many of her parishioners haven’t had that option. That’s what’s driven her to advocate for paid family leave at the Capitol.

“I’ve had members of my congregation who have not been able to take time off work to care for aging or dying parents and felt torn between, you know, caring for their loved one and being able to make ends meet or pay for the care for that family member,” she said.

A state Health Department analysis found two-thirds of Minnesota mothers took some unpaid leave after giving birth. And among those, low-income mothers were more likely to take exclusively unpaid leave.

“It’s really an issue of privilege where we have people at the higher end of the income scale where paid time off is just a standard part of their salary and people on the lower end of the pay scale have to go to work when they’re sick,” Hortman said. “And we can fix that, and I expect that we will.”

Some business groups say that mandating coverage is the wrong approach. And they say they’ll work to help lawmakers understand the financial toll the plan could have on businesses in the upcoming legislative session.

Lauryn Schothorst, the director of workforce policy for the Minnesota Chamber of Commerce, said it’s a best practice to offer paid family leave to employees, and 80 percent of employers within the chamber membership do that now.

The businesses that don’t offer leave can’t afford it, and that’s unlikely to change if the state adopts a statewide program, Schothorst said.

“If you can’t afford something voluntarily, how are you going to afford the mandate?” Schothorst said.

That’s a point that some small business owners stress when they talk about paid leave proposals. Mike Flynn, who manages a travel plaza in St. Charles, about 20 miles east of Rochester,  said finding the money and workers to replace those on paid leave would pose a serious challenge.

“We are at a point where sometimes we have to close our restaurant on certain days because we don’t have employees to cover it,” Flynn said. “And this would really create a nightmare trying to create a schedule.”

Business groups such as the chamber and National Federation of Independent Business are also worried that a state program could cost more than early estimates suggest. Schothorst noted that Washington state enacted a similar fund that is set to run a more than $8 million deficit by year’s end.

“The cup of coffee quote that people like to spit out with regard to this proposal, maybe for a certain company that might be the case in proposal form, but there’s no cap on where this program could go,” Schothorst said.

Program supporters said that providing paid time off would help businesses with long-term employee retention because workers would know they have a job when they return. And it could help small businesses with the costs of offering paid leave, since it covers grants for those with fewer than 50 employees.

Jessica Peterson White, who runs a bookstore in Northfield, said she hopes lawmakers can pass the plan next year.

“This is just the practical way to ensure that people can continue to work while fulfilling those responsibilities, that we’re not forcing people to choose between caring for their loved ones and having a job,” she said. “To sort of frame it as an additional cost for businesses is erasing the cost that is already there that we just don’t have a way to cover.”