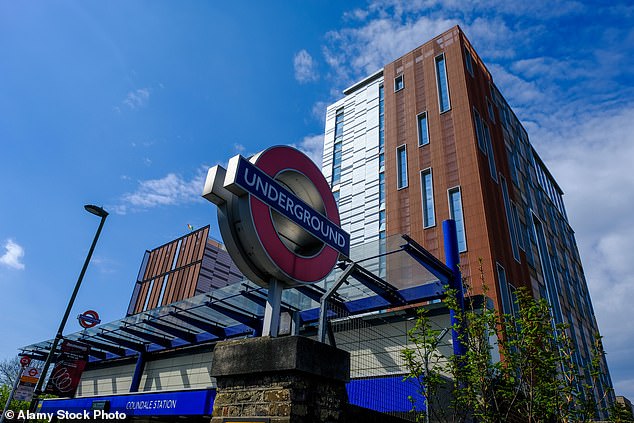 Photography is ‘rooted’ in racist, colonial history, claims lecture for TfL by group that wants to ‘decolonise and disrupt euro-centric art’

By Matthew Lodge For Mailonline

An arts project supported by Transport for London (TfL) claims that photography is rooted in ‘colonial notions’ and has been used for ‘power, control and subjugation’.

The claims will be made in a series of lectures exploring how the use of photography was ‘informed by white supremacy, anti-blackness and structural racism’.

The programme is being produced by Black Blossoms, an education group which says it wants to ‘expand critical and diverse thought that will decolonise and disrupt euro-centric art and creative education’.

The course is titled ‘Uncommon Observations: Photography, Image-making, and the Black Diaspora’ and is being run as part of TfL’s art scheme – Art on the Underground.

The lecture is being supported by Art on the Underground, TfL’s art scheme that puts publicly commissioned works into the Tube and stations

The free online course, which will run for four weeks in January, is being taught by black feminist academic Nydia A. Swaby, the Telegraph reports.

Ms Swaby, who was born and raised in the United States, is an early stage researcher in the Centre for Migration and Diaspora Studies at the School of Oriental and African Studies (SOAS).

On the course overview on the Art on the Underground TfL website, it says: ‘Rooted in colonial notions of Blackness as otherness, photography – as a tool of surveillance and documentation – has influenced cultural meanings of Blackness, historically to the present day.

‘In response, Black artists have used the camera to the unsettle photography’s colonial legacies and to create their own conceptions of Blackness, diasporic identity, and culture.’

It adds that the four-week course will examine ‘the relationship between photography, Blackness, and diaspora from the photograph’s invention in the 19th century to contemporary Black photography and image-making’.

In the first lecture of the course, Ms Swaby will ‘examine the use of photography as a technology of power, control, and subjugation’.

She will also ‘consider how colonial documentation of the Black experience in Africa and the diaspora was framed through a white gaze, informed by white supremacy, anti-blackness, and structural racism’.

This will be followed by a lecture on the ‘social and political significance of Black portraiture as a practice of refusal, that is, resisting the gaze by taking control of how one is captured’.

The lectures are being curated and delivered by Black Blossoms School of Art & Culture.

On its website it claims it was set up in 2020 to ‘expand critical and diverse thought that will decolonise and disrupt euro-centric art and creative education.’

Its founder Bolanle Tajudeen to the Metro in 2020 she set it up because ‘Black women were facing constant microaggressions in the creative industries and I wanted to create a space that centred and affirmed their talents’.

Eleanor Pinfield, head of Art on the Underground, said the project ‘plays a crucial in public art in London’, the Telegraph reports.