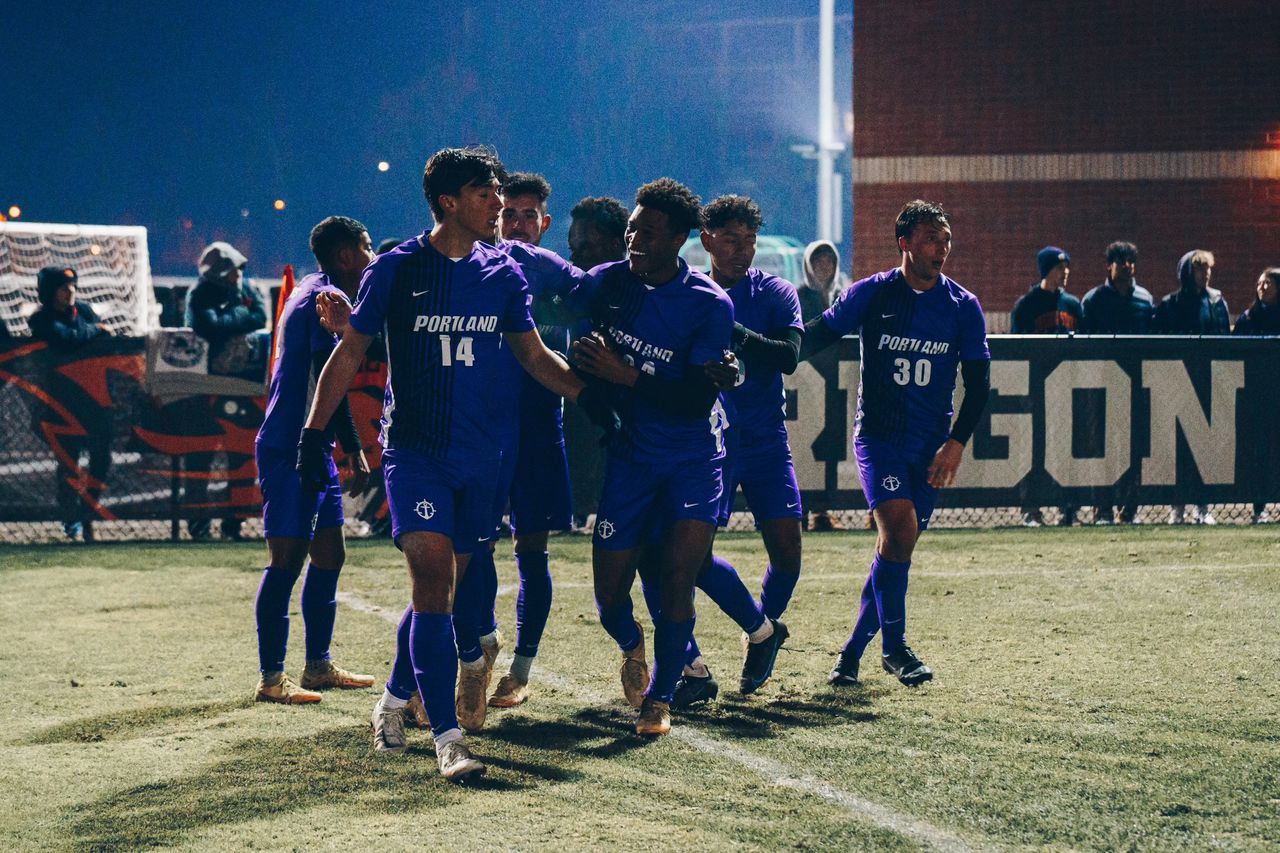 In the days leading up to Portland’s NCAA Tournament match against Oregon State, Pilots head coach Nick Carlin-Voigt made starting fast a point of emphasis.

Slow first halves had been problematic for his team, especially during a loss to the Beavers on Oct. 14, when the Pilots couldn’t overcome a 2-0 first half deficit.

UP didn’t make it happen — Oregon State dominated the opening 45 minutes, outshooting the Pilots 6-1. But it didn’t matter.

The UP defense held firm, keeping the contest scoreless at the break. And when the second half arrived, the Pilots high-powered offense clicked into gear, netting two goals to give UP a 2-0 win and send it to the Sweet 16 for the first time since 2009. The Pilots will face Western Michigan.

“The first half we were not in sync,” Carlin-Voigt said. “We tried a little bit of a different tactical system against these guys. … But the second half I thought we tilted the game, and we were first best in every single way.”

The final box score didn’t do the Beavers’ control of the first half justice. Playing in front of a spirited crowd of 1,419 — the largest in Lorenz Field history — Oregon State had six shots and roughly another half-dozen promising touches in the box. The Beavers’ best chance came in the 20th minute, when Fran Cortijo’s shot sailed just a few inches wide of an open right side of the net.

Yet UP’s defense continually found a way to deflect passes or block shots, keeping the Beavers off the scoreboard.

“It was 0-0, and then at halftime we got a chance to regroup,” Portland forward Jacob Babalai said. “Like, the optics doesn’t matter. It’s 0-0. So new game, new 45 minutes, and yeah, we went out and we took care of business.”

The second half initially looked like it might bring more of the same, with Oregon State’s Clarence Awoudor getting a clean look in the 50th minute. His shot ricocheted off the crossbar.

But UP finally got its high-powered offense, which entered Sunday tied for third nationally with 48 goals on the season, untracked. Carlin-Voigt said a halftime personnel adjustment that put freshman midfielder Muslim Umar into the game and moved junior Nick Fernandez into a more assertive position was key.

Both would make big plays over the final 40 minutes. Fernandez helped give UP momentum with a pair of shots on goal, including what looked like a sure scoring opportunity in the 69th minute, when he stole a pass from Oregon State goalkeeper Jesus Fernandez in the box and rifled a shot with his right foot. Jesus Fernandez recovered and stopped the ball.

Nine minutes later, the Beavers’ dam finally broke. UP’s Brandon Cambridge sent a cross into the box. Oregon State defender Gael Gibert met the ball but failed to clear it. His mishandle bounced straight to Babalai, who sent it into the left side of the net for his second goal in as many postseason matches.

“Brandon crossed it, the guy kind of missed it, it fell right to my feet and I was like, ‘oh my God,’” Babalai said. “… Just put it in the goal.”

If there was any remaining hope for an Oregon State comeback, Umar erased it when he stole a Beaver pass and scored from outside the box in the 89th minute.

The victory was a statement for the UP program. The Pilots had lost in the second round of each of their past two NCAA Tournament appearances, including a heartbreaker to Washington last season. Reaching the Sweet 16 had been one of the team’s stated goals this season, albeit not the ultimate goal.

Perhaps just as important, beating Oregon State to advance was that much sweeter for UP. The Pilot players and coaches hadn’t been shy leading up to the game about calling the Beavers “our in-state rival.” As the players celebrated on the pitch following the match, a few could be heard shouting “we own this state.”

By beating the Pac-12 foe, UP proved that, at least for this season, any discussion of college soccer in Oregon has to start with the Pilots.

“I liked the opportunity to have this match,” Carlin-Voigt said. “It’s a rivalry because they’re a good team and we’re a good team. But what it means to our program, a small, Catholic school on The Bluff, it means that we’re a destination.”

— Mitchell Forde, for The Oregonian/OregonLive