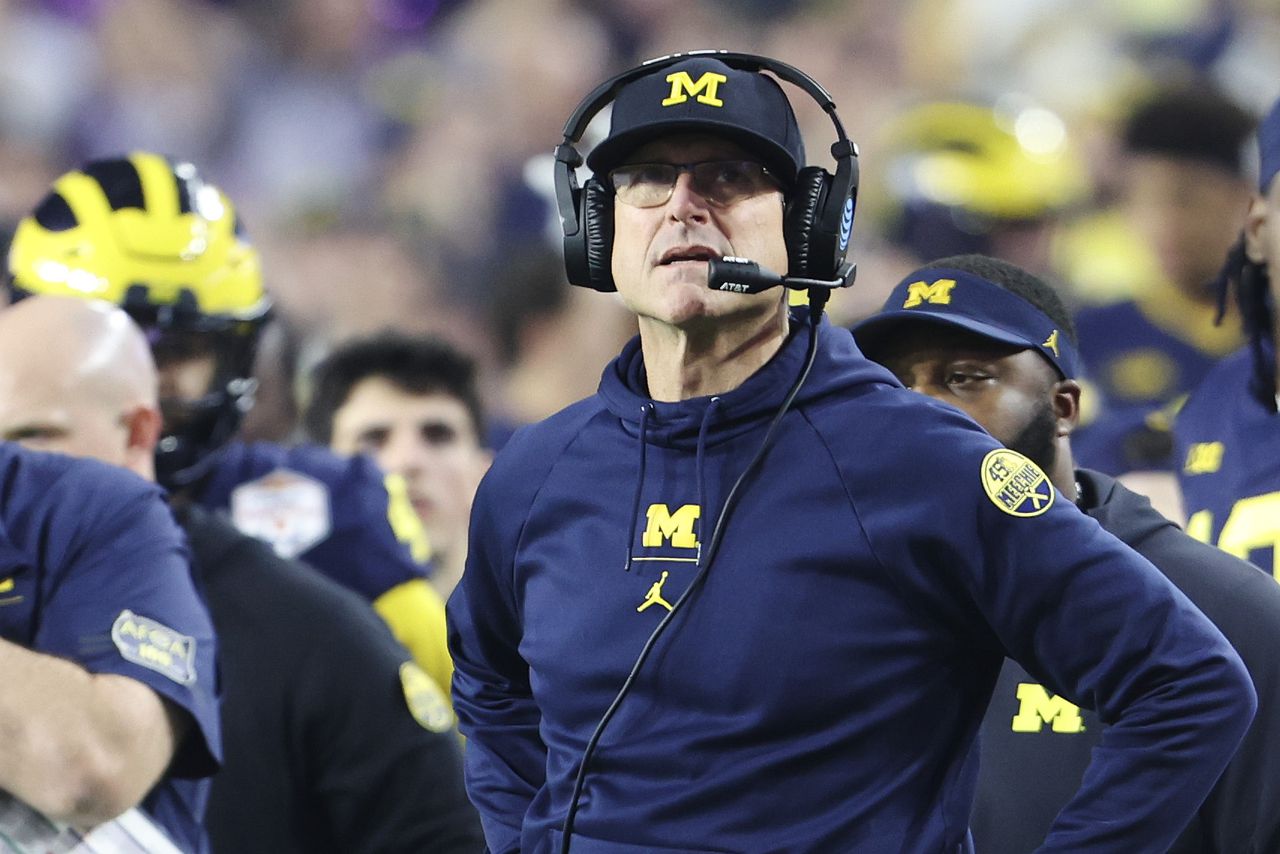 Jim Harbaugh’s cryptic comments about his future at Michigan are now beginning to make more sense.

While the Wolverines’ head coach said Thursday that he expects to return in 2023, his program is under investigation by the NCAA for multiple rules violations and could face serious penalties, according to reports by ESPN and The Athletic.

A spokesman for the NCAA declined comment on Thursday, while Michigan spokesman Kurt Svoboda said in an email that the athletic department is “not aware of any recent communication from the NCAA regarding potential compliance issues.”

At the crux of the investigation, according to reports, are multiple instances of impermissible contact with recruits during the COVID-19 dead period in 2021, by several current and former members of the staff.

A list of rules violations reported to the NCAA last year by Michigan, obtained earlier this fall by MLive through a public records request, found that multiple coaches and Harbaugh himself improperly communicated with 2023 recruits via text message earlier than they were supposed to.

Michigan reported the violation to the NCAA and self-imposed penalties as a result, prohibiting itself from contacting the 19 recruits for two weeks and reducing the fall recruiting calendar days. Documents show that the NCAA classified it as a Level III violation, a breach of conduct “isolated or limited in nature.”

More: Jim Harbaugh reiterates: I ‘expect’ to coach Michigan in 2023

Also under investigation is the improper use of a defense analyst, Ryan Osborn, for on-field coaching duties, according to ESPN. Harbaugh acknowledged the mistake last fall and said Michigan quickly moved to fix the error. Osborn, who was on staff for two years, has since departed for the Baltimore Ravens.

While these incidents might seem minor, Harbaugh himself is under the microscope for his cooperation and could face a multi-game suspension, ESPN reports.

Michigan is expected to receive a notice of allegations from the NCAA in the coming weeks.

Since last month, Harbaugh has been evasive when asked about his future at Michigan, saying things like “no man knows the future” and “I can’t make any vows on what’s going to happen” when asked about potential NFL interest.

Reports in the last few days have linked Harbaugh to having conversations with the Denver Broncos and Carolina Panthers, two NFL franchises looking for a new head coaches.

Meanwhile, Harbaugh came out Thursday afternoon with a statement through the Michigan football program, choosing his words wisely by saying “I expect that I will be enthusiastically coaching Michigan in 2023.”

“I have spoken with President Ono and Athletic Director Warde Manuel and appreciate their support of me and our program,” Harbaugh continued. “Our mission as Wolverines continues, and we are preparing for the 2023 season with great passion and enthusiasm. As our legendary coach Bo Schembechler said, ‘Those Who Stay Will Be Champions.’

Harbaugh, 59, is 74-25 in eight seasons at Michigan, won back-to-back Big Ten championships and reached the College Football Playoff twice. He signed a restructured contract last February that runs through 2026 and includes a base salary of more than $7 million per year.

According to terms of the deal, Harbaugh can be fired for cause if it’s determined he committed a Level I or Level II violation of NCAA rules.