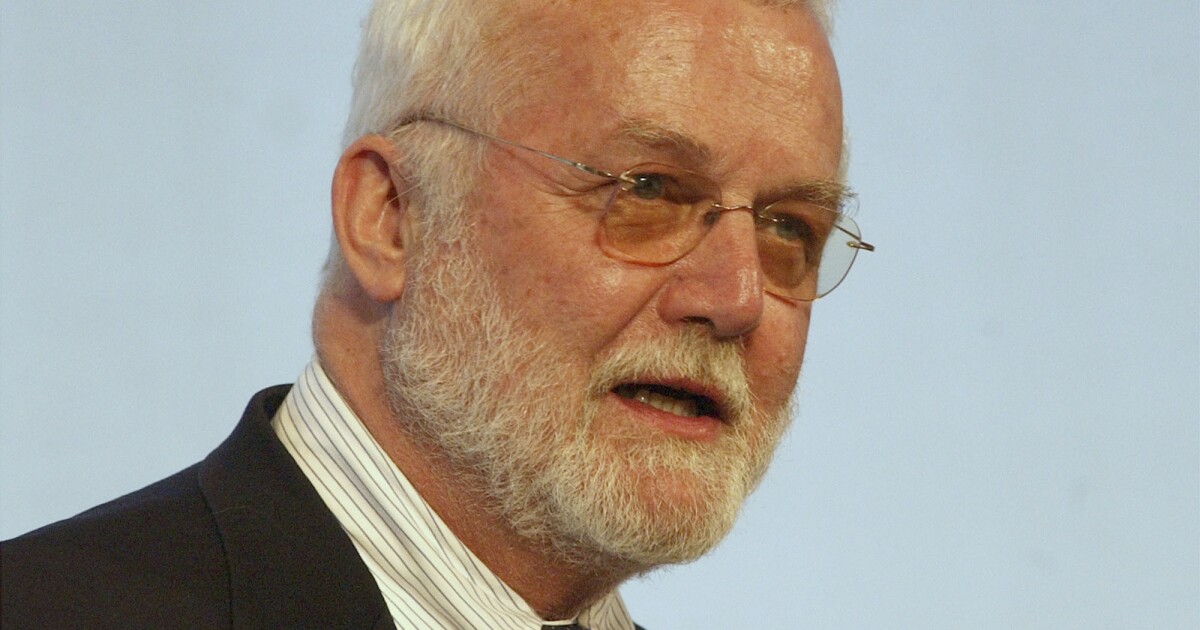 Russell Banks, an award-winning fiction writer who rooted such novels as “Affliction” and “The Sweet Hereafter” in the wintry, rural communities of his native Northeast and imagined the dreams and downfalls of everyone from modern blue-collar workers to the radical abolitionist John Brown in “Cloudsplitter,” has died. He was 82.

Joyce Carol Oates, a former Princeton colleague who referred to Banks on Twitter as a great American writer and “beloved friend of so many,” said he died peacefully in his home.

“I loved Russell & loved his tremendous talent & magnanimous heart,” Oates wrote. “‘Cloudsplitter'” (was) his masterpiece, but all his work is exceptional.”

Born in Newton, Massachusetts, and raised in Massachusetts and New Hampshire, Banks was a self-styled heir to such 19th century writers as Nathaniel Hawthorne and Walt Whitman, aspiring to high art and a deep grasp of the country’s spirit. He was a plumber’s son who wrote often about working class families — whether those who died trying to break out, caught up in a “kind of madness” that the past can be erased, or those like himself who got away and survived and asked “Why me, Lord?”

Banks lived part of the year in Florida, and for a time had a home in Jamaica, but he was essentially a man of the North, with an old Puritan’s sense of consequences. Snow fell often in his fiction, from the upstate New York community torn by a bus crash in “The Sweet Hereafter” to the desperate, divorced New Hampshire policeman undone by his paranoid fantasies in “Affliction.”

In Banks’ critical breakthrough “Continental Drift,” published in 1985, oil burner repairman Bob Dubois flees from his native New Hampshire and goes into business with his wealthy brother in Florida, only to learn his brother’s life was as hollow as his own.

“His brother’s strut and brag were empty from the start, and in a deep, barely conscious way, Bob knew that all along and forgave him his strut and brag simply because he knew they were empty. But he had never believed it would come to this, to nothing,” Banks wrote.

“Cloudsplitter” was his most ambitious novel, a 750-page narrative on John Brown and his improbable quest to rid the country of slavery. The story long precedes Banks’ lifetime, but the inspiration was literally close to home. Banks lived near Brown’s burial ground in North Elba, New York, and he would pass by often enough that Brown “became a kind of ghostly presence,” the author told the AP in 1998.

“Cloudsplitter” reads like a prequel to Banks’ contemporary works, a summoning of Hawthorne and other early influences. As remembered by son Owen Brown, John Brown was a haunted man of the Old World whose resolve to free the slaves and punish the enslavers made his face burn like a revivalist preacher’s.

“I was a boy; I was frightened by my father’s face,” Banks’ narrator explains. “I remember father looking straight into our eyes, burning us with his gaze, as he told us to hear him now. He had determined that he would henceforth put his sins of pride and vanity behind him. And he would go out from here and wage war on slavery. The time has come, he declared, and he wished to join the time in full cry.”

Two of his books were adapted into acclaimed film releases in the late 1990s: “The Sweet Hereafter,” directed by Atom Egoyan and starring Ian Holm, and director Paul Schrader’s “Affliction,” which brought James Coburn an Academy Award for best supporting actor.

More recent works by Banks included the story collection “A Permanent Member of the Family” and the 2021 novel “Foregone,” in which an American filmmaker who moved to Canada during the Vietnam War looks back on his impulsive youth — a background Banks understood from the inside.

His books often told of absent and otherwise failing fathers and Banks’ own father, Earl Banks, was an alcoholic whom the author says beat him as a child and left him with a permanently damaged left eye. Russell was meant for other worlds, smart enough to have the nickname “Teacher” in high school and become the first of his family to attend college, receiving a full scholarship from Colgate University.

He was an idealist in search of ideals, among countless young people of the 1960s to adopt Jack Kerouac’s “On the Road” as a kind of Bible. He dropped out of Colgate and drove South with dreams of joining Fidel Castro’s revolutionary army in Cuba, a quest which ended in St. Petersburg, Florida.

He was married twice by his early 20s (and eventually had four children), endured more than a few bar fights, wrote poetry bad enough that he later wished he had burned it, worked for a time with his father as a plumber back in New Hampshire and resumed his education at the University of North Carolina at Chapel Hill.

He was in his mid-30s, and nearing the end of his second marriage, when he published his first story collection, “Searching for Survivors,” and first novel, “Family Life.” By the start of the 1990s, when he turned 50, he was an established author and had settled into a lasting marriage with his fourth wife, the poet Chase Twichell.

“Over the years, I think that I’ve been able to make my anger coherent to myself, and that’s allowed me to become more lucid as a human being, as a writer, as — I hope — a husband, father, and friend,” he told Ploughshares for an interview that appeared in the magazine’s Winter 1993-94 issue. “It’s very hard to be a decent human being if you’re controlled by anger that you can’t understand. When you begin to acquire that understanding, you begin to become useful to other people.”