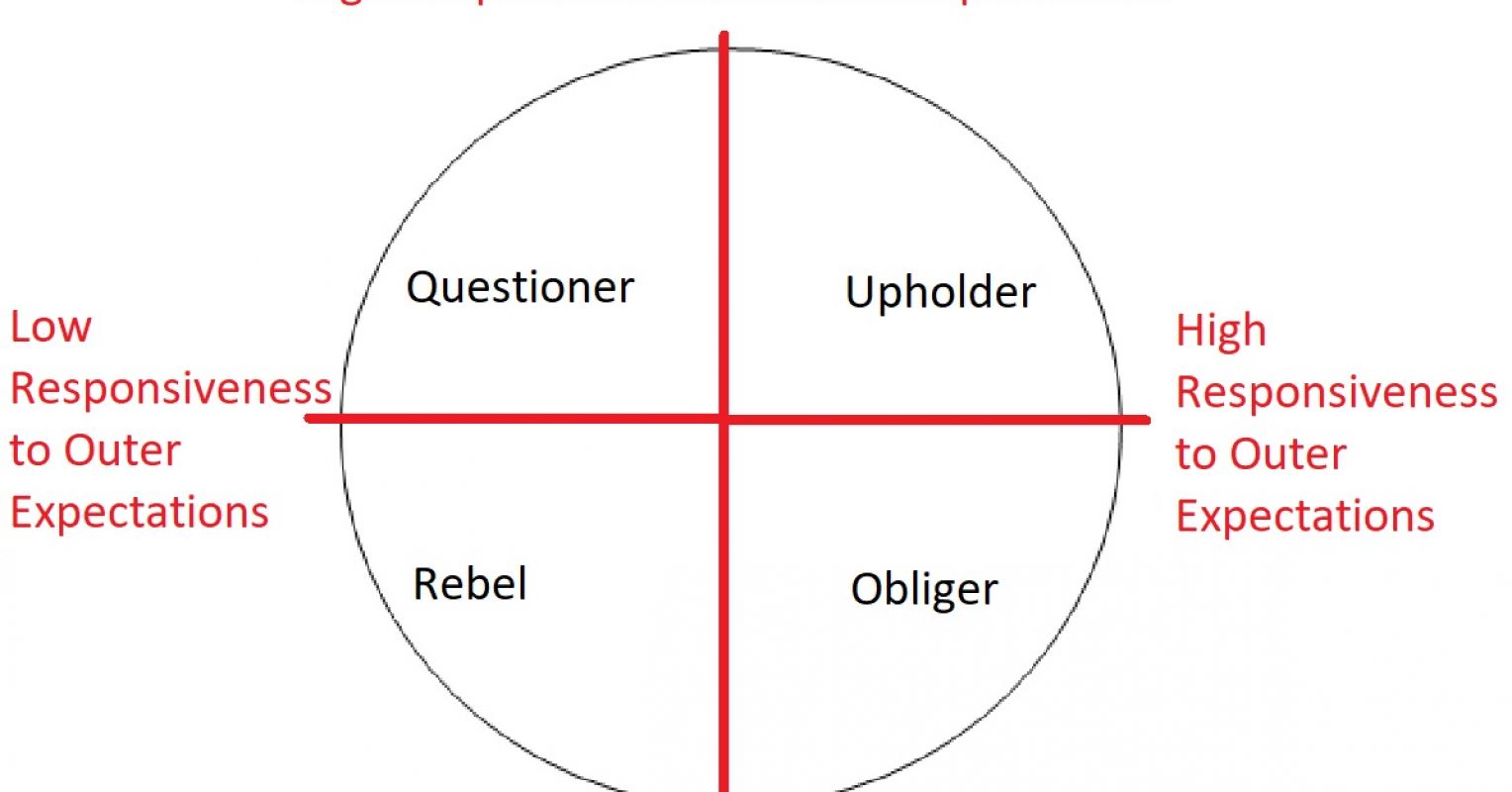 Does the Four Tendencies Framework Have a Scientific Basis?

Gretchen Rubin is a graduate of Yale Law School and a best-selling book author, but she lacks formal psychological training. Does science support The Four Tendencies? Professional psychologist and a blogger for Psychology Today, Scott Barry Kaufman, questioned the scientific basis for the Four Tendencies in a 2017 podcast with Rubin. Kaufman pointed out that Rubin did not construct her Four Tendency quiz by the methods accepted by personality science and has not demonstrated the scientific reliability and validity of her quiz. (See my earlier PT blog posts to understand why reliability and validity are important).

He also said that personality science has determined that personality is better described by personality traits than personality types. He concluded that the Four Tendencies model has potential but does not align with personality science. Rubin agreed with Kaufman that her model has no scientific support yet, but that she hoped that professional psychologists would conduct scientific studies with her quiz. She maintained that her insights about human nature are valid, just as great novelists have discovered valid insights about human nature without doing scientific research. She also noted that countless numbers of her followers have found the Four Tendencies framework to be useful for living happier lives.

In my view, Kaufman and Rubin are both correct and both incorrect about the scientific status of The Four Tendencies. Obviously, they are correct in agreeing that there were no traditional personality research methods to discover and validate the Four Tendencies framework. However, they are incorrect in agreeing that there is nothing scientific about the Four Tendencies. Rubin’s ideas about responsiveness to inner and outer expectations are remarkably similar to those of many social scientists who have conducted research following what Collins, Martin, and Ashmore (1973) called the “internal-external metaphor in theories of personality.” These researchers include sociologists Émile Durkheim and David Riesman and psychologists Jean Piaget, Robert Hogan, and Jonathan Cheek.

For now, let’s compare the Four Tendencies to Jonathan Cheek’s research on aspects of identity. Building on the work of Collins, Martin, Ashmore, and Ross (1973), Cheek constructed scales he called Personal Identity and Social Identity. You can complete these scales online on Cheek’s Aspects of Identity website.

The Personal Identity (PI) and Social Identity (SI) scales are statistically independent, which means it is possible to score high one while low on the other, low on both, or high on both. Cheek and Hogan (1983) discovered that the four types defined by combinations of low and high scores on the identity scales possessed unique personality profiles as measured by the Big-Five-based Hogan Personality Inventory (HPI). The Inner-Directed type (high PI, low SI) scored low on the HPI scales representing Extraversion, Agreeableness, and Emotional Stability, but high on Conscientiousness. This pattern of scores describes someone who is “unsociable, mildly neurotic, critical, and possessing strongly internalized values” (p. 356). This looks remarkably similar to Rubin’s Questioner.

Cheek and Hogan found an Alienated type (low on both PI and SI) that scored low on HPI scales representing Extraversion and Conscientiousness. This type parallels the Rebel.

Finally, Cheek and Hogan found a Mature type (high on both PI and SI) that looks highly similar to the Upholder. These individuals received high scores on all HPI scales reflecting Extraversion, Agreeableness, Conscientiousness, and Emotional Stability.

How Is Knowing My Fourth Tendency or Cheek Identity Type Useful?

Once you have determined your type by either the Four Tendencies quiz or Cheek’s AIQ, what can you do with this information? I will be making suggestions for applying knowledge of your type in future blog posts. For now, I recommend an article by Alex Chen that explains how recognizing your type and the type of others can be put to good use.