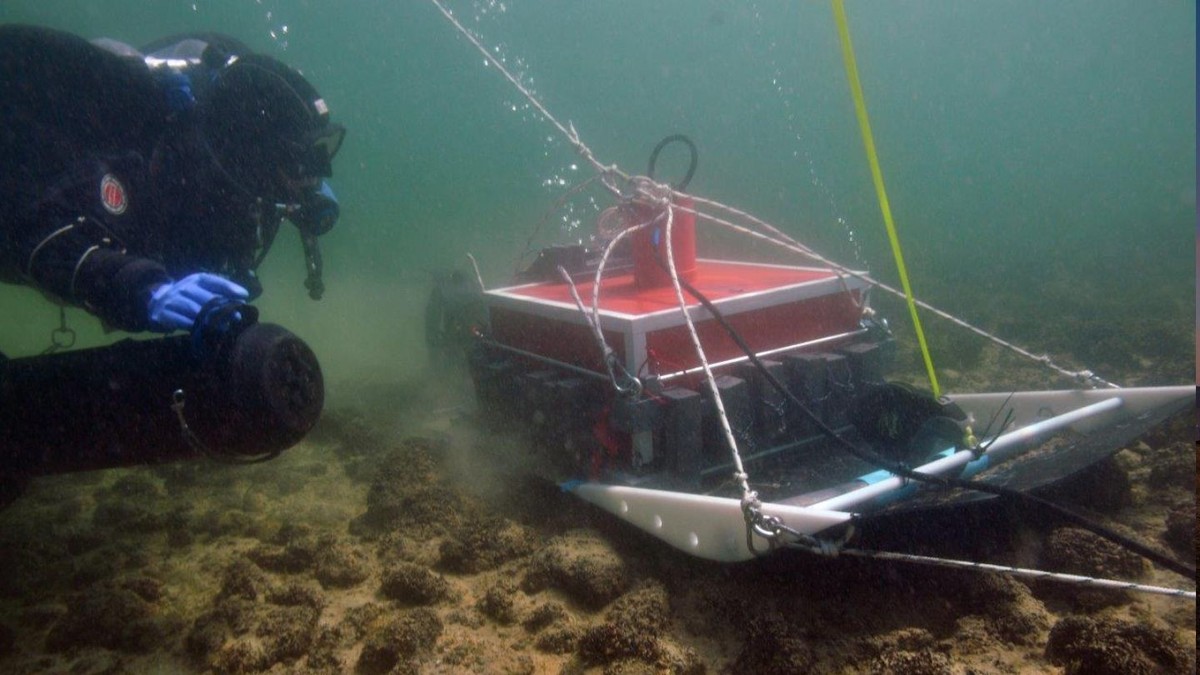 Archaeologists are trying to piece together the mystery of an underwater trail of ancient rock piles, or cairns, that stretch for miles under the shimmering waters of Lake Constance, a glacial lake that lies between Germany, Austria, and Switzerland, and which appear to have been made by humans who lived some 5,500 years ago, according to a 2021 study.

The huge cairns have attracted public attention and expert debate ever since they were first discovered in 2015 by the Institute for Lake Research in Langenargen. Roughly 170 of these rock formations are arranged in a line under the shallow waters of Lake Constance, several hundred feet from its southwest Swiss shore.

A team led by Urs Leuzinger, an archaeologist at the Museum of Archaeology of the Canton of Thurgau, have amassed compelling evidence that the rock formations were made by humans who lived in the area during the Neolithic period.

The piles are several dozen feet wide, with heights of up to six feet, distinguishing them as impressive structures that would have required a lot of effort and time to build, though “the function of this 10-kilometer long prehistoric feature remains enigmatic,” according to a 2021 study published in the Annual Review of Swiss Archaeology. The findings of this study will be presented in a pop-up exhibit this week called “Bodensee Stonehenge” (meaning Lake Constance Stonehenge) at the Office for Archaeology Thurgau.

The cairns were made by humans “directly at the Neolithic shoreline,” said Leuzinger in an email to Motherboard. “Climatic change raised the lake level to, nowadays, three to five meters higher,” he added, noting that the shoreline “depends also on the seasonal fluctuation of the lake level, snow in the Alpine range.”

Investigations into the nature of the underwater cairn site are ongoing, but the 2021 study presents evidence from sediment cores and samples collected from the cairns that suggests they date back some 5,500 years. Most of the work has been focused on cairn 5, but the researchers are currently examining a new formation that will be discussed in a future work and which may hold clues about how they were made by ancient humans.

“At the moment, we are analyzing a second cairn,” Leuzinger said. “It looks quite similar to cairn number 5” and also includes evidence of “cut marks from stone axes,” he noted.

Archaeologists have previously unearthed the remains of stilt-house villages, known as pile-dwelling settlements, that were built by Neolithic peoples over the marshlands around this lake thousands of years ago. Leuzinger believes that many of these villages must have been involved in the construction of the cairns, because the formation is too large to have been the work of solely one settlement.

“What is for sure, you can not build 170 cairns with only one village-population,” he said. There must have been an organization and a big wish of the community around the lake, to build such cairns. New finds show that there are also such cairns on the northern shoreline in Germany!”

Given how much effort was involved in the creation of the piles, it’s tantalizing to ponder what they might have meant to these prehistoric peoples. Leuzinger and his colleagues consider several possible functions, including crannogs, which are artificial islands built into lakes. The team also suggested the piles could be fishing platforms, or sites for burials, or border fortifications, a calendar based on solstices, or even some kind of cultic astronomical display.

“Personally, I think it was something with a cultic context,” Leuzinger said. “Why not artificial small islands connected with a burial ceremony? At this time, we have found no cemeteries found and we do not know how the lake-dwellers treated their death. But this is my personal hypothesis, I have no facts or proof!”

To solve this mystery, the team will have to perform many more dives and puzzle over the clues that are brought up from this sunken structure. In the meantime, visitors to this week’s pop-up event are encouraged to bring a rock from their local area to complete a 171th pile in honor of these ancient builders.