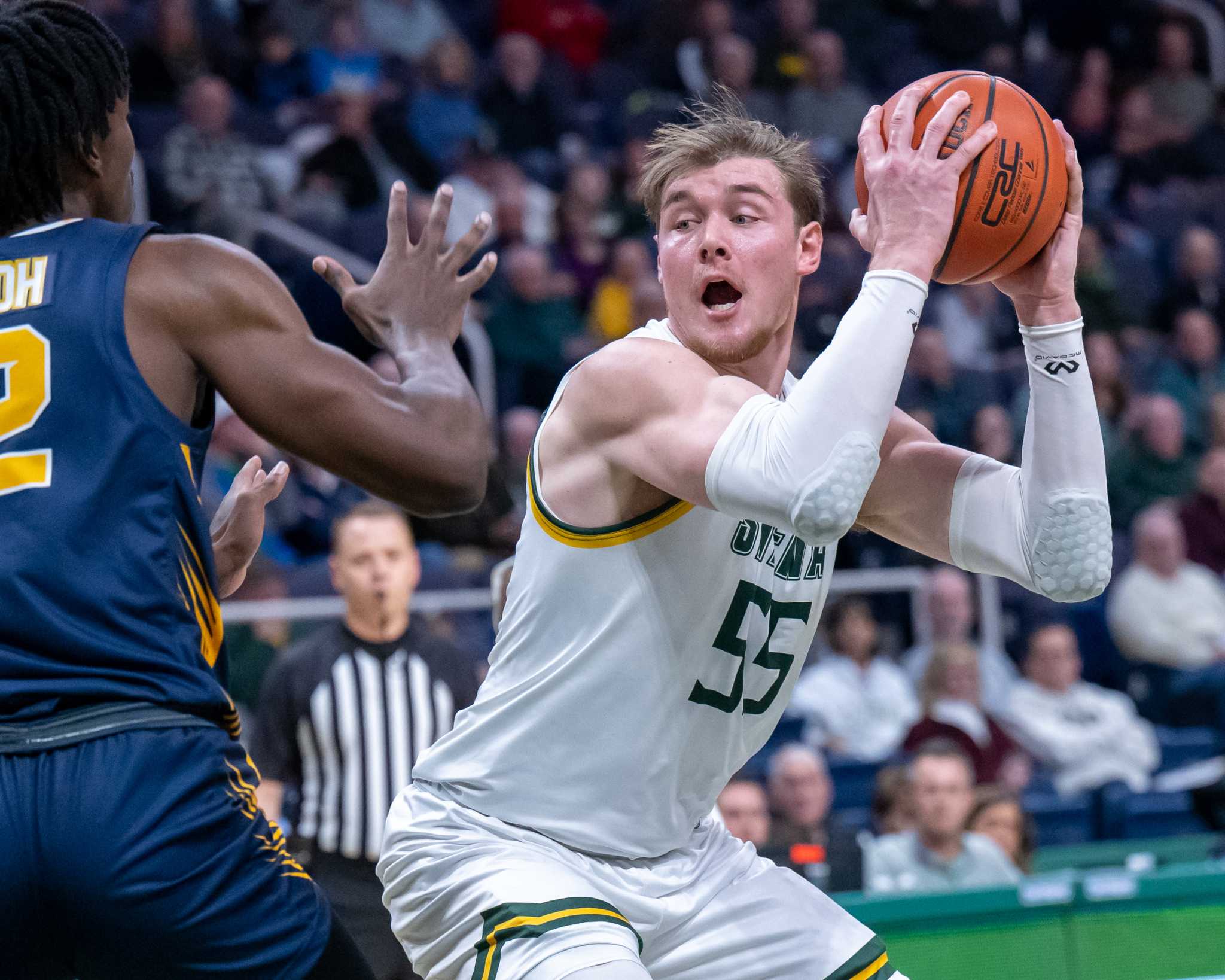 On the one hand, the Peacocks became the nation’s Cinderella story for two weeks and reached heights never attained by a MAAC team. On the other hand, they were doing it instead of the Saints, who swept the Peacocks during the regular season.

“I was watching,” Stormo said. “It was cool to see a team from our conference be so successful. It was sour, too, because they figured out Kentucky, they figured out Purdue, but they never really figured us out.”

In fact, Siena was the last team to beat Saint Peter’s — an 84-70 triumph on Feb. 24 in Albany — before the Peacocks ripped off a 10-game winning streak that ended against North Carolina in the national quarterfinals in Philadelphia.

“I guess you could say we were a little bit envious, but we were happy to see a MAAC team go that far in the tournament,” Saints sophomore guard Jared Billups said.

Siena (9-5 overall, 3-0 MAAC) will meet defending league champion Saint Peter’s (7-7, 2-3) again at 7 p.m. Friday at MVP Arena. The Peacocks return to Albany a dramatically different team than the one that busted brackets and captured the attention of America’s sports fans last year.

Saint Peter’s hired Wagner coach Bashir Mason to return to his native Jersey City and lead the Peacocks. He has done solid work so far with a retooled roster as Saint Peter’s shows the toughness it was known for under Holloway.

“He’s doing a really good job,” Siena coach Carmen Maciariello said. “They’re physical. They’re tough. They have the same mindset as they had under Shaheen. Bashir comes from kind of that same cloth. He played for Bruiser Flint at Drexel and he was a defensive guard. They have his mindset on the court.”

Saint Peter’s is limiting opponents to 41.7 percent shooting, fourth in the MAAC, and a league-low 29.6 percent from 3-point range. Siena is the MAAC’s top 3-point shooting team at 37.8 percent.

But the Peacocks have been offensively challenged this season. They’re making a league-worst 38.8 percent from the field and are 331st in Division I in adjusted offensive efficiency at 94.2 points per 100 possessions, according to kenpom.com.

Guards Isiah Dasher and Jaylen Murray, who came off the bench last season, are Saint Peter’s leading scorers this season at 13.8 and 11.9 points per game, respectively.

Siena is rolling into Friday night’s game on a four-game winning streak. While there’s long way to go until March, Billups said Saint Peter’s success a year ago gives Siena hope it could make its own memorable run this season.

“We definitely believe that as a team,” Billups said. “Especially knowing the talent we have and knowing what we did in Florida (beating Florida State and Seton Hall in the ESPN Events Invitational) and things like that, we could actually upset a couple of teams. We definitely have that confidence.”

Maciariello said fifth-year guard Jayce Johnson (knee) probably won’t be available for Friday’s game or Sunday’s contest against Rider and hopefully will return next weekend in western New York. The Saints managed to win without him at Fairfield last Sunday.

“Everyone on this team is talented and we all can play different positions,” freshman guard Michael Eley said. “We’ve got a good bench, too. Everyone on the team can play on the floor right now.”