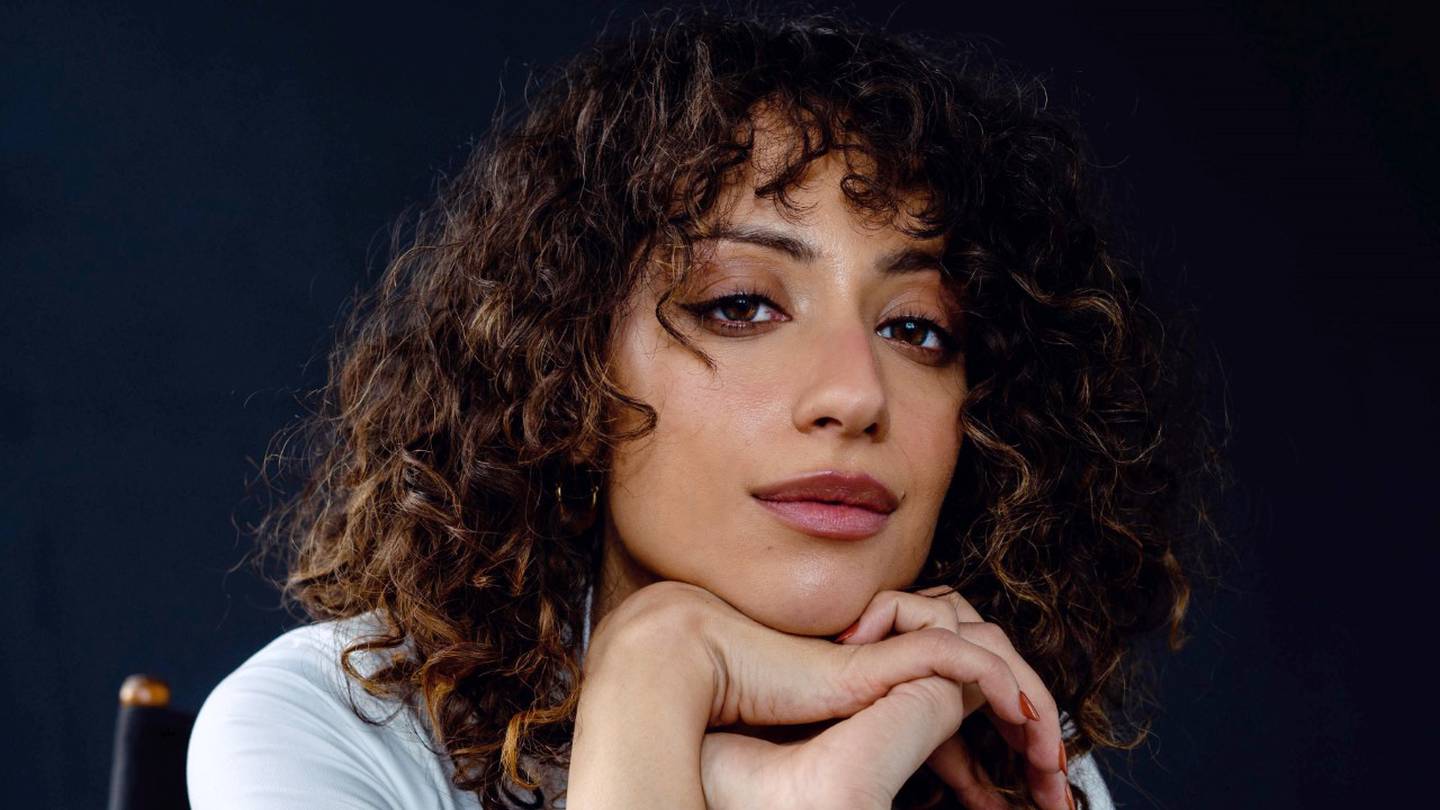 It might just be Netflix’s most audacious show yet.

Released on New Year’s Day, Kaleidoscope, an eight-part heist drama, focuses on a master thief and his crew trying to steal $7 billion from a seemingly unbreakable vault, all while they have to contend with betrayal, greed and various other threats.

But what really makes Kaleidoscope unique is that its episodes can be watched in any order that the viewer wants.

“It’s just wild that no one has attempted something like this before,” says Rosaline Elbay, who plays explosives expert Judy Goodwin. “We’ve had streaming for a while now. The freedom that the platform gives you makes it so exciting for a writer. So this is a very exciting experiment.”

When Elbay, who was born and raised in Cairo, but who now lives in New York, was first approached for Kaleidoscope, she was immediately excited by its unique structure and ambition. Soon, there was another reason why Elbay couldn’t wait to begin shooting.

As one of the first actors cast for Kaleidoscope, Elbay couldn’t believe the incredible ensemble of actors that were then hired alongside her. This included Giancarlo Esposito (Breaking Bad), Rufus Sewell (A Knight’s Tale), Paz Vega (Spanglish), Jai Courtney (Suicide Squad), and Tati Gabrielle (Uncharted).

“I was freaking out. Especially when he told me Giancarlo was involved. These are all people who have worked in the industry for a very long time. It was very big for me. I think we all had the same reaction to starring in it, though. We just loved the adventure of making the show.”

The cast were also appreciative of creator Eric Garcia’s efforts to make the show as action-packed as possible, while also ensuring that its characters were complex and relatable. This meant that while Elbay immediately connected to Judy because of just how nerdy she was with gadgets and explosives, she also wanted to explore why she would stay in such an emotionally abusive relationship with Bob, played by Courtney.

“I wanted to know why she didn’t feel like she deserved more and what happens when she finally wakes up and realises that she’s with someone who is incredibly dangerous.”

Kaleidoscope’s combination of emotional character moments and drama with high-octane action and thievery is exactly what makes it so unique, explains Elbay. “It’s really got everything that you’d hope for in a show. It’s very fun. But the appeal is also the characters, they’re at the heart of the show. Fundamentally, this show is about people. But everything is so connected. There’s so much detail and there are a lot of callbacks, so you have to be very attentive.”

While Elbay is delighted to be involved with such an ambitious Netflix television series, the Ramy actress is also very much looking to the future, too. Unfortunately, when it comes to her next projects, Elbay can’t divulge any details, only to tease that she feels very “lucky” to be able to work as both a writer and producer, as well as an actress.

“I knew I wanted to be a writer for longer than I knew that I wanted to perform. Something I’ve always been really aware of is making sure that I’m part of making the industry that I hope it can become. That’s particularly important because of my background.”

Starring in the first two seasons of Ramy as the titular character’s cousin Amani helped to prove just how important and powerful “specificity” is. “When that happens, it really gives the creators and performers the chance to tell their story. Before Ramy came out, there were a lot of assumptions about what it would be like. But because it was rooted in his [the creator’s] own experiences, it gave the show a truth that was so impactful to all sorts of people from everywhere.”

When Elbay completed her studies at the London Academy Of Music & Dramatic Art, she was told that she’d have to make a choice. Either go back home to Egypt to work or focus on the UK and US. “I was told I couldn’t work in both. It felt very limiting and false to me.”

Elbay rightfully ignored this advice, and has since proved how wrong it was by starring in Egyptian films, US television shows and British plays, as well as a variety of other projects in each country.

“Working in Egypt has always been incredibly important to me. It didn’t make any sense to not go and do that. So it’s great that the line between countries and industries has blurred.”

As a result, Elbay believes that the power of these stories is now endless. “It’s very heartening to live in an age where audiences have access to specific stories from across the world, because I really believe that the quality of the stories we tell is dependent on who is working behind the camera and telling them.”

Kaleidoscope is out now on Netflix