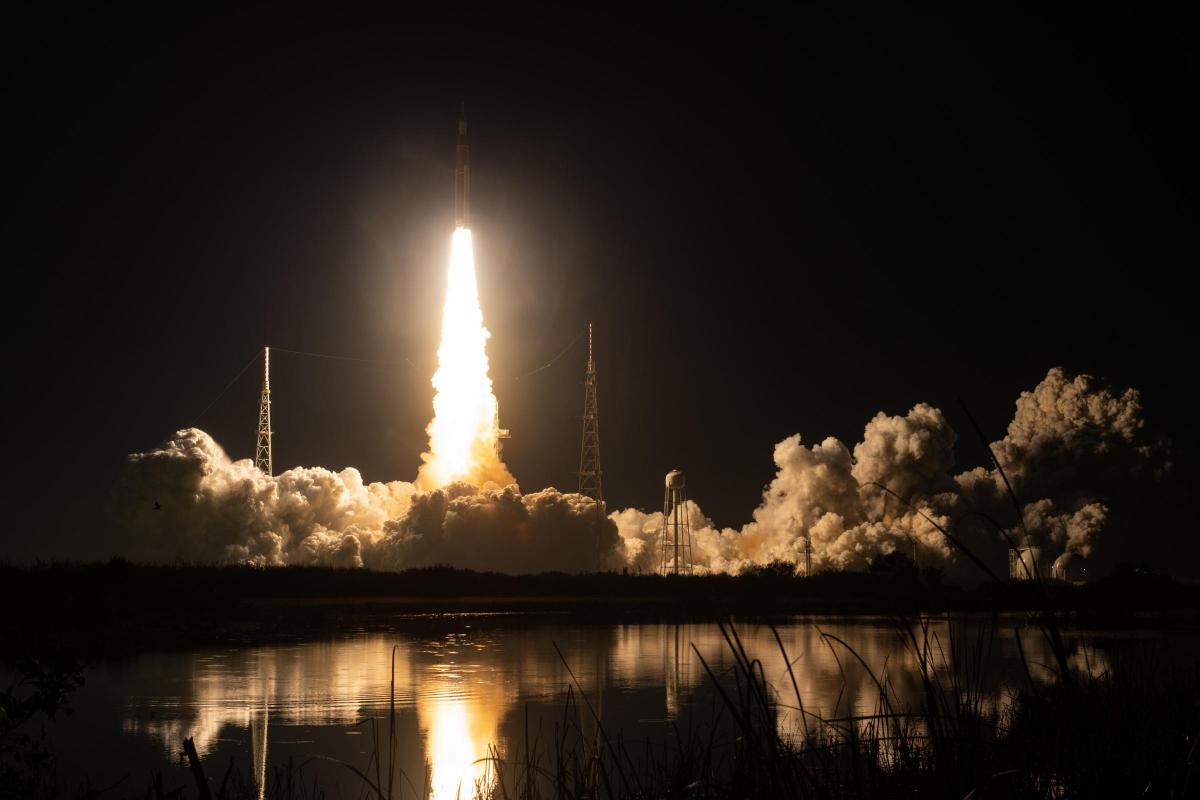 The next time you spot the full moon in a clear night sky, give yourself a moment to take in the view.

Of all the spots on the moon, arguably the most famous is the Sea of Tranquillity.

This is where Neil Armstrong took his first ‘small step’ in July 1969, but there’s a place a little above that site where two of the dark lunar maria meet, that is no less important.

This valley is known as Taurus-Littrow, and was the site chosen for the very last of the Apollo missions, the NASA programme that in the late 1960s and early 1970s launched astronauts from the sunny coast of Florida all the way to the moon.

Apollo 17 was the final mission in the programme, and aboard the enormous Saturn V at launch that December night were commander Gene Cernan, lunar module pilot Harrison Schmitt, and command module pilot Ronald Evans (as well as five mice – Fe, Fi, Fo, Fum, and Phooey – alongside a selection of seeds and invertebrate eggs).

This was the longest of the Apollo missions, launching on December 7, 1972, and not returning until 12 days later, on December 19.

Breaking records was the name of the game for Apollo 17.

From December 11 to 14, Cernan and Schmitt spent the most time on extravehicular activities (EVAs), clocking up over 22 hours on the lunar surface, roving almost 8km from their lunar lander Challenger, and bringing back a whopping 110kg of moon rocks.

They were also lunar speed demons, hurtling across the dusty face of the moon on their patched-up rover at 18kph.

This was the first Apollo mission to have a scientist aboard too, in the form of geologist Schmitt.

Knowing this was to be the last crewed mission, NASA moved him from the crew of Apollo 18, hoping his scientific expertise would be a benefit to the mission.

He was to go on to collect what has been described as “the most interesting sample returned from the moon”, a sample that suggests the moon once had an active magnetic field just like the earth does today.

Even now, as we mark the 50th anniversary of the final mission, scientists are still studying samples of moon rocks that the Apollo crews brought home with them, learning more about the moon and about the planet we call home.

These rocks are held in vaults at NASA and are priceless, beyond valuable. Having been lucky enough to have held a collection of some of the Apollo 17 samples, preserved in a disc of clear perspex, I can attest to them being as beautiful and precious as any crown jewel.

As we celebrate the 50th anniversary of last time that humans walked on the moon, the team at Glasgow Science Centre are excited to share the legacy of Apollo with our visitors.

While the rock samples are precious, the photos and film that the astronauts took are just as important, and the originals are incredibly fragile too.

Most of the images you’ll have seen from the missions are reproductions of reproductions and have lost a lot of their detail and vibrancy.

This is where Andy Saunders comes in.

Andy is one of the world’s foremost experts on digital restoration and is one of the few people that NASA themselves trust with the Apollo photographic archives. He has spent years restoring images from every single crewed Apollo mission and collating them into an incredible collection.

From Friday to April 16, 2023, all our visitors will be able to explore some of these images in the stunning Apollo Remastered exhibition, which accompanies the enthralling book of the same name.

We hope that the exhibition will be a walk down a space-age memory lane for visitors who remember the first moon landing and might even inspire some of our younger visitors to follow in the trailblazing footsteps of the Apollo crews into space, to the moon and beyond.

With the recent successful launch of the Artemis I mission, it won’t be long before humans go back to the moon, likely before this decade is out.

And as Gene Cernan said, as he left the moon’s surface for the last time in December 1972, “we shall return, with peace and hope for all mankind”.