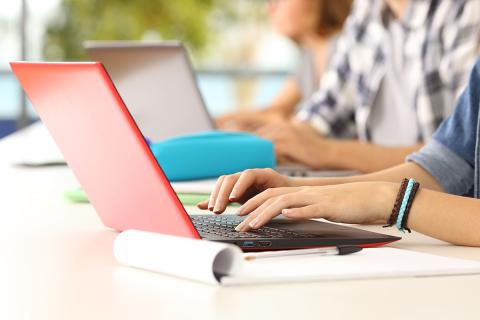 For journalists, experiencing online harassment, threats and abuse can be isolating and traumatic. Unfortunately, it can also come with the job.

As part of the 2021 cohort of the National Science Foundation’s Convergence Accelerator, a  team led by Rebekah Tromble, director of the George Washington University’s Institute for Data, Democracy & Politics, received a grant award to develop a rapid response system that will aid experts facing coordinated campaigns of online harassment. The project was awarded a second phase of funding to build on the insights gained through the research, investigation and in-depth interviews conducted with women journalists during the first phase.

Although the initial focus was on creating a technical platform to address needs such as cybersecurity, the stories the researchers heard shifted their thinking. “We heard from journalists, first and foremost, that they really deeply desire support and help from other journalists” and emotional support from their loved ones when facing this type of abuse, Tromble said.

The generational gap often found within newsrooms, particularly between journalists and newsroom managers, can affect understanding and communication about online harassment, especially when managers view it as an individual journalist’s problem, rather than an institutional one. Additionally, journalists interviewed shared that their friends and family often did not understand why they couldn’t just “get off social media,” which they use for both reporting and engagement.

“What we heard was that what people wanted was pretty lo-fi,” said Kathleen Searles, co-principal investigator of the research project and a professor at Louisiana State University. “If they were feeling overwhelmed, disconnected and isolated, the last thing they wanted was a super fancy app.”

This next phase of funding, totaling $5 million over two years, will support the development of a “system of care,” which will combine technical and social support.

The team will work with software developers, using human-centered design principles to build a platform where a journalist can report abuse and tap into an array of support, ranging from technical services to secure data and online accounts. Journalists also would be able to be matched with a peer advocate equipped with tools and resources to help. The peer advocate could help by connecting the journalist to a peer community discussion group or by providing assistance with communicating the situation to a newsroom manager or even talking with the journalist’s family and friends directly and sharing explainer materials.

The goal is to help journalists in crisis “build up a resilient community around them,” Tromble said. In the future, the plan is to extend the system of care to include academics, researchers, public health officials and other experts.

Tromble was the victim of online harassment when she was set to lead a high-profile research project studying incivility and intolerance on Twitter. When the project was announced publicly, the women on the research team began experiencing significant levels of online harassment, and as the project lead, Tromble was the primary target of harassment and received threats. “It turned my life upside down,” she said.

By design, the research and development project is grounded in best practices from trauma-informed care. “Taking a trauma-informed approach to this problem has been our mantra because many of [the researchers on the project] have experienced online abuse and harassment and/or physical abuse and harassment,” Searles said. “It helps to ensure that the work we’re doing is first concerned with doing no harm.”

Another insight learned was that previously encouraged practices for bystander intervention when witnessing online harassment of a journalist, such as posting positive “mentions” that show up in the journalist’s feed, may actually instead be adding to the feelings of overwhelm. The team plans to collaborate with organizations to rethink how bystanders might help without unintentionally contributing to harm.

According to Tromble, the National Science Foundation’s Convergence Accelerator program provides the time needed to understand these complex problems before rushing to a solution. “We were fortunate that the first phase of work allowed us to be sure that we understood what [journalists] need,” she said.