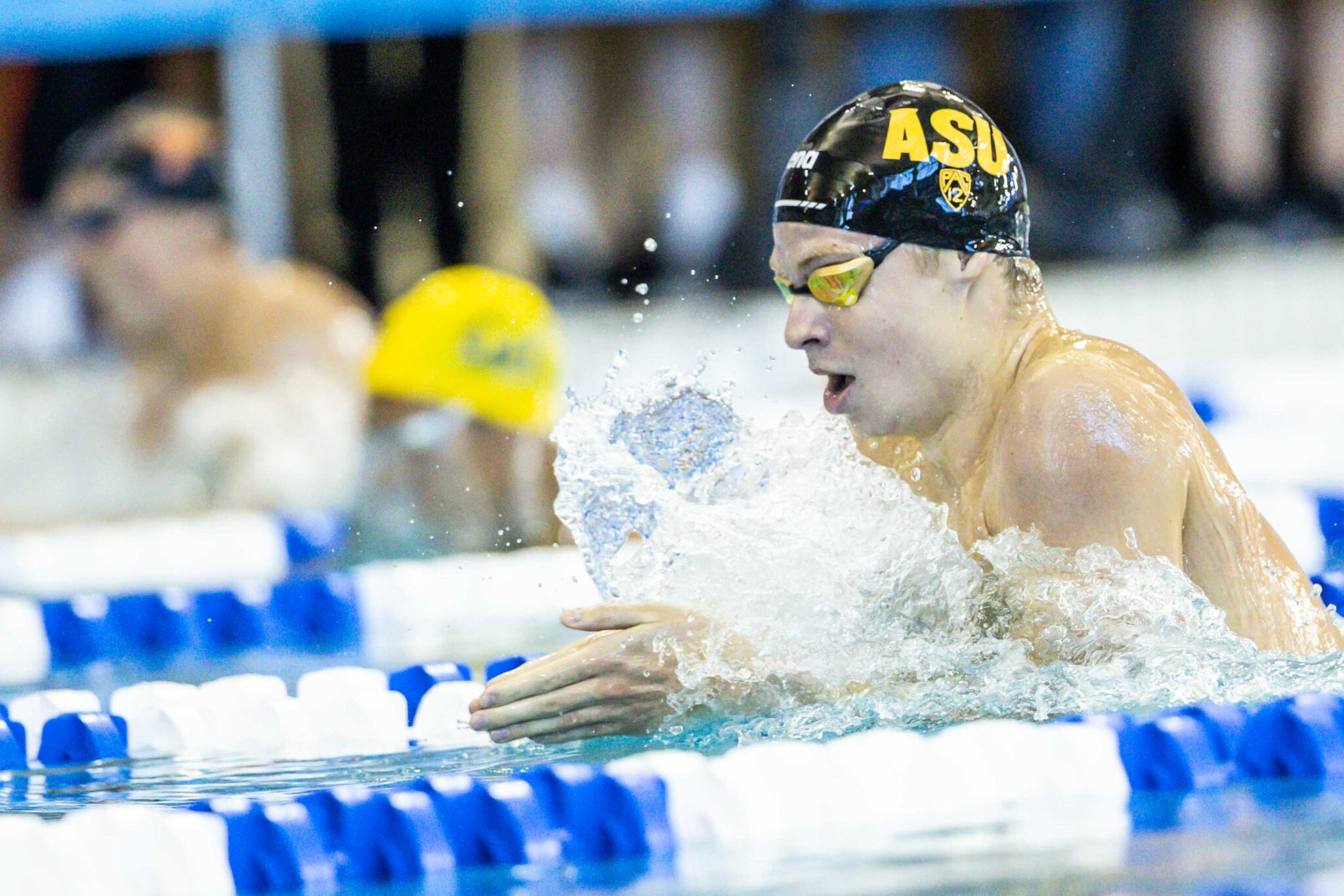 After diving into the top female performances from last weekend’s onslaught of NCAA invitational meets, it’s now time to take a look at how the men’s swimmers stacked up.

Midseason invites present the first opportunity for the majority of teams to taper down, try and lock up NCAA qualifying times, and set the tone for what’s to come in the postseason.

The women’s side was primarily dominated by Virginia and Stanford, with 11 of the 13 individual events having the top time come from either a member of the Cavaliers or the Cardinal. The men were much more spread out, with seven different programs holding at least one top time in an individual event.

Tennessee’s Jordan Crooks (50 free, 100 free and 100 fly) and Arizona State’s Leon Marchand (200 fly, 200 IM, 400 IM) had the top time in three events apiece, and Alabama and Georgia both have two swimmers with the No. 1 time from the weekend in one event apiece.

ASU also put up the top time in three of the five relays, including leading the 800 free relay by nearly seven seconds.

Below, we’ve put together the top 16 times across each men’s event from last weekend’s invites.

Some of the country’s top teams have yet to race in a midseason invite, most notably Texas and Cal, who will compete at the Minnesota Invite next week.

One big takeaway is the strength of the men’s 50 free this year. A shocking six men have broken 19 seconds in the event already, with Texas and Cal still to race. Compare that to last season, where only one swimmer went sub-19 (Cameron Auchinachie) during midseason invites.

We’ve also seen four schools go sub-1:16 so far in the 200 free relay, a feat that only Texas did at this point last year.

Thanks to swimming data specialist Andrew Mering, we’ve also scored out these times using the NCAA Championship points system. However, there are a few caveats:

Again, acknowledging that there was no cap on the number of events for each swimmer, here’s how the individual points shake out: