The Wolf Family collection, an expansive cumulation of American paintings, woodwork, weavings, and design, is heading to auction this April at Sotheby’s, Town & Country can exclusively reveal. The sale is expected to earn a tremendous $50 million.

Walking through the family’s classic 5th Avenue apartment, which these contents adorned, one may wonder: is this truly a family home? Or is it a part of the American wing of the Metropolitan Museum of Art? There is a Mahogany Kneehole Bureau table crafted circa 1770 in Rhode Island; a bronze sculpture of a Native American man and his hunting dog from 1926; and even a monumental Greene & Greene Lantern from the entry of the Robert R. Blacker house in Pasadena California from 1908. There is also a Tiffany Studios’ twelve-light “Turtle-Back and Lily” chandelier. And, of course, there are a few international treasures as well, including a Chinese Famille-Very rouleau vase made during the Qing Dynasty.

Their living room is adorned with several paintings that nod to their early days of collecting works from the Hudson River School era.

It’s easy to see that each individual piece is illustrious in its own way. But, what’s most spectacular about the collection is the running dialogue between its various works. Every room, no matter if it is the living room, study, main bedroom, or kitchen, tells a story of American excellence in craftsmanship, art, and decor throughout time. Stepping into the home is like following a timeline that leads one through the Colonial Era to the Art and Crafts Movement to the Stieglitz Circle in the early 20th century.

“It is exceptionally rare to encounter a collection that embodies the American spirit in such tremendous depth and breadth; a collection that was clearly assembled not only with great care, but also with a deep curiosity and passion for learning.” Jodi Pollack, Sotheby’s Co-Worldwide Head of 20th Century Design tells Town and Country. “Evident in the intensely diverse range of subject, period and media, the Wolf Family Collection represents its own distinguished story and aesthetic while standing alongside the great American collections of the last century.”

When Erving and Joyce (Joy) Wolf married in the ’50s after only two weeks of knowing each other (you can read that again), they discovered they both shared a deep passion for collecting art. While living in the American West, they acquired pieces that represented the area. When they eventually landed in New York, the two were exposed to other forms of art and artists and began purchasing paintings from the Hudson River School era where legends like Thomas Cole romanticized the American landscape. And an insatiable appetite for collecting only grew from there. 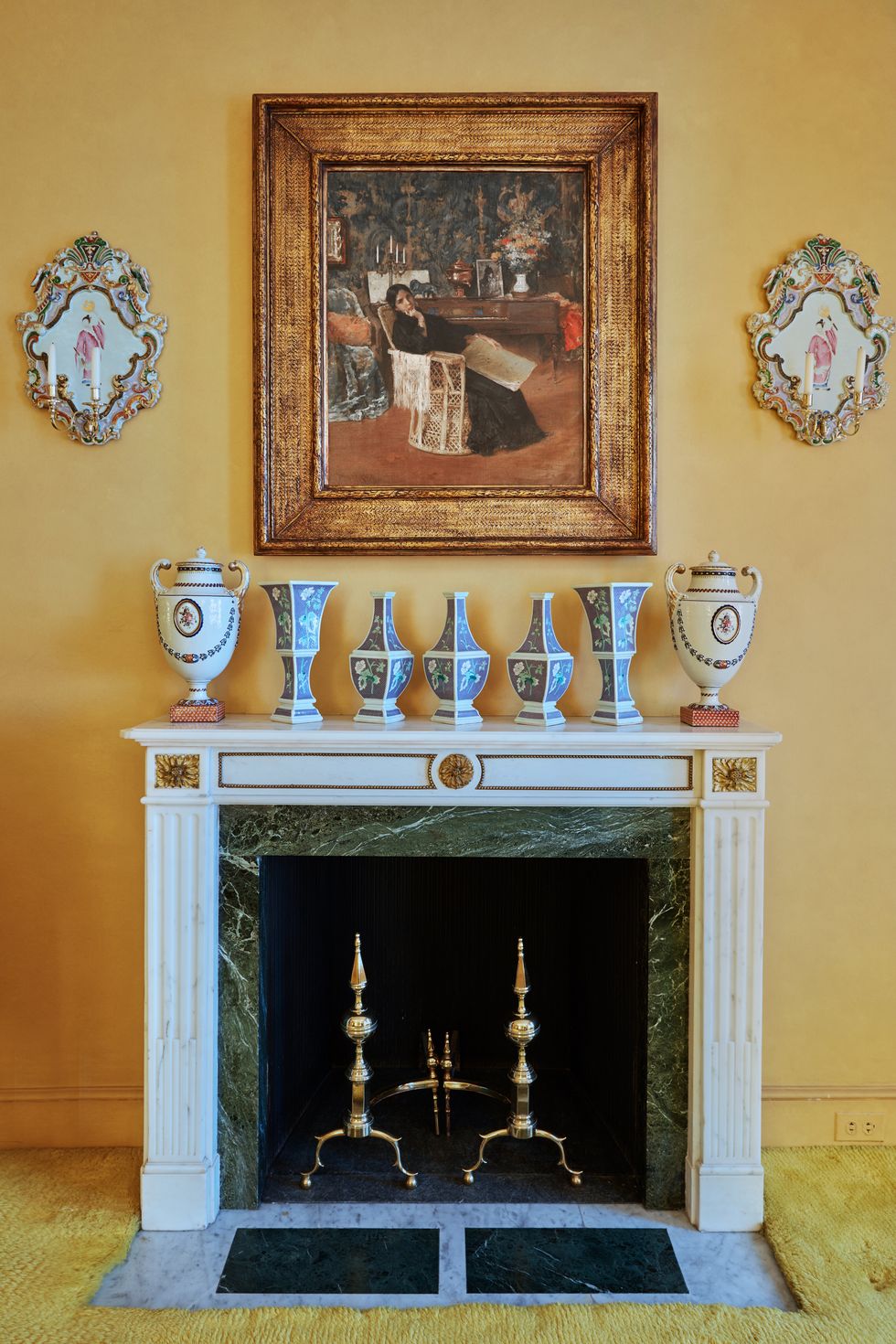 William Merritt Chase’s In the Studio sits right above the bedroom fireplace.

Art aside, Erving and Joyce Wolf represent the American dream at its best. Before the duo built the Wolf Land Company, now Inexco Oil Company, from the ground, Erving served on an airforce base in Wyoming. Joyce was originally living in Brooklyn. As the two made vows to embark on life together, their fortunes and ambitions grew alongside their art collection.

Their legacy is succeeded by their son and only heir, Mathew Wolf. “My father was always the one worried about the value of the art, and my mother was more concerned with the aesthetics,” he tells Town & Country from within the main living room of the home. Their knack for collecting, of course, was passed down to him as he reminisces his young teenage years of doing his homework from the balcony of Sotheby’s on Madison (before the auction house closed this location in 1982) while his mother looked at the current lots available. 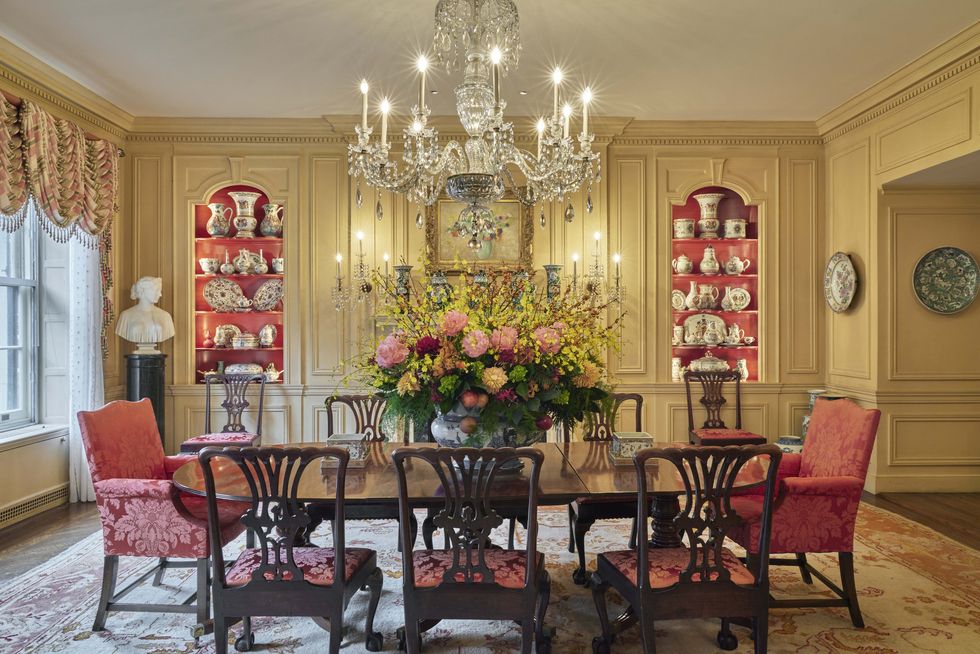 The kitchen boasts a crystal chandelier that illuminates a large array of Chinoiserie porcelains.

While the dispersing of family heirlooms sounds like it could be an emotional decision, Wolf feels that the auction will only help continue his parent’s legacy. “One day, I picked up an old Sotheby’s catalog of an emerald sale of Luiz Mila Patiño which I think were the most beautiful emeralds to come to auction in history,” he says. “In the front of the catalog, their daughter wrote: ‘it’s time for the pieces to be loved by somebody else.’ Now, I feel exactly the same way. It’s time for somebody to get the same enjoyment in these pieces that I have.”

The Wolf Family Collection will comprise a series of live and online sales at Sotheby’s New York starting April 19 with the evening sale. The pre-sale exhibitions will take place in New York from January 13 to 21 and again from April 14 to 21; Aspen from January 13 to 21; Los Angeles 13 to 20; and Palm Beach from March 23 to 26. Visit sothebys.com for more information.