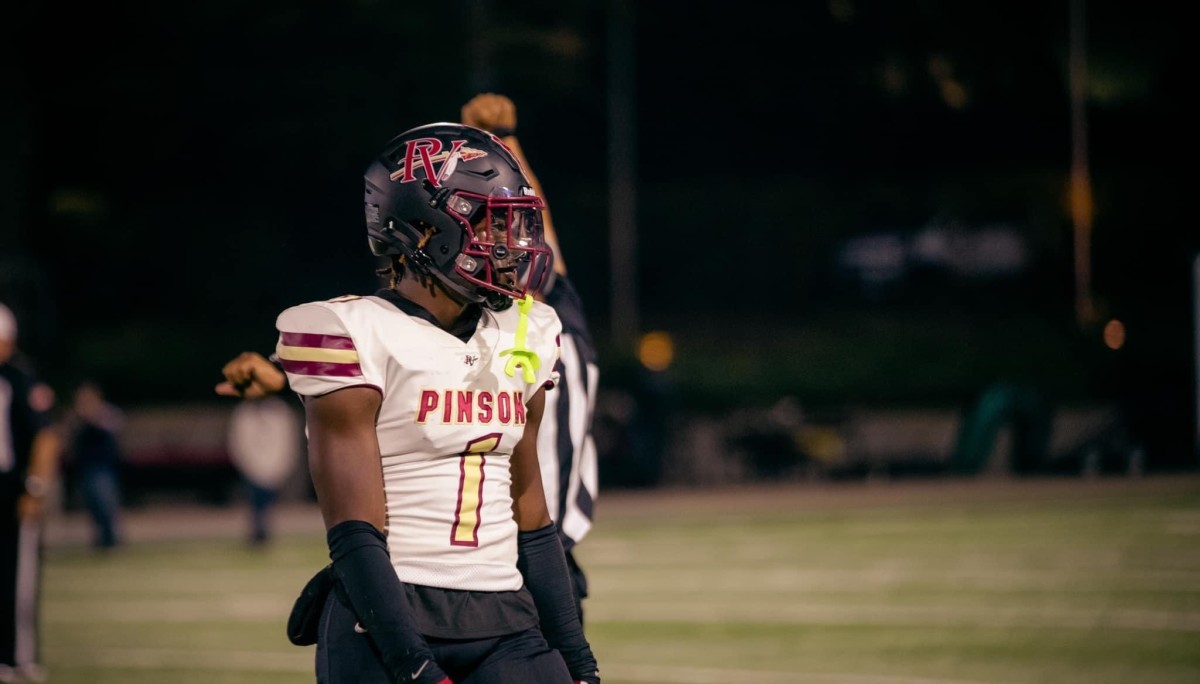 Virginia’s sole wide receiver commit in the recruiting class of 2023 has decommitted from UVA. Amare Thomas, a three-star wideout from Pinson, Alabama, announced that he is decommitting from Virginia and reopening his recruitment in a Tweet on Wednesday afternoon.

Thomas announced his commitment to Virginia back on June 17th as the fourth recruit to verbally commit to UVA in the recruiting class of 2023, the first class to be fully recruited by Tony Elliott and his coaching staff. Thomas chose Virginia over offers from Penn State, Coastal Carolina, Jackson State, Army, Liberty, USF, Tulane, UAB, Rice, and several others. He took an official visit to UVA in mid-June and announced his commitment to the Cavaliers just two days later.

A three-star wide receiver, Thomas is rated the No. 104 wideout in the class of 2023 by 247Sports and the No. 28 overall recruit in the state of Alabama.

With Thomas’ decommitment, Virginia does not have any wide receiver commits in its 2023 recruiting class, although Virginia native TyLyric Coleman, who is categorized as an athlete, plays wide receiver for Dan River High School (Ringgold, VA) and committed to UVA back on July 30th.

Virginia now has 13 verbal commitments in its recruiting class of 2023:

See more details on each of Virginia’s class of 2023 football commits here.

To stay up to date on all Virginia Cavaliers sports news, follow CavaliersNow on social media: