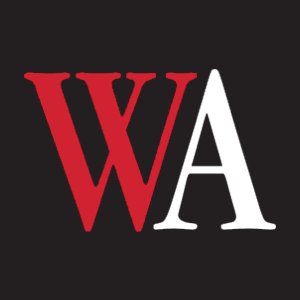 Coburn blamed the increase on the reduced purchasing power of the dollar, consistently increasing insurance rates, and under-insured buildings in the township.

He noted that without the devaluation of money, the premium almost wouldn’t rise at all and said the increase is “extremely minimal” once inflation and property factors are removed.

“The sticker shock is … I’m speechless, I don’t have any words for it,” councillor Sherry Burke said, reacting to the proposal last month.

Burke suggested a decision on accepting the premium be deferred until staff could finesse what buildings are included in their coverage.

Hossain indicated  property not worth insuring could be removed from coverage.

On Monday, Hossain presented a recommendation with a two per cent reduction in cost of the premium.

In a report to council, Hossain wrote township staff had worked with Coburn to explore options, including increasing deductible, reducing coverage value and getting another insurance quote.

The township last reviewed its pricing options and switched to Intact Public Entity as its insurer based on a market assessment and recommendation from Coburn in 2022.

“The doubling of the township’s deductible amount only saves a 1.64 per cent premium,” Hossain noted in his report, not recommending an adjustment.

The premium review focused on modifying coverage on three properties from complete replacement value coverage, to demo and debris value.

The township selected three properties in Arthur, Mount Forest and Kenilworth to reduce coverage value on:

The modification reduces the premium by $8,612 and lowers the annual increase from 22 to 20%.

Hoping she would see “greater savings,” Burke said at the meeting, “I’m not going to support the recommendation.”

She suggested the savings were too small to justify any changes in coverage and suggested the township look at alternatives and undertake another market valuation.

Councillor Steve McCabe said he was in favour of the suggested modifications.

“These are buildings that we probably aren’t going to rebuild if they do fall down,” he said.

Hossain said there had been three property incidents in the past five years with no claims, and 14 general liability incidents with two claims in the same period.

“Bearing that in mind,” McCabe responded, “it wouldn’t make sense for us to raise our deductible and have to pay it out 14 times when we can keep it as it is and not have to pay double.”

The recommendation to accept the modified insurance premium was accepted by council in a 4-1 vote, with Burke opposed.