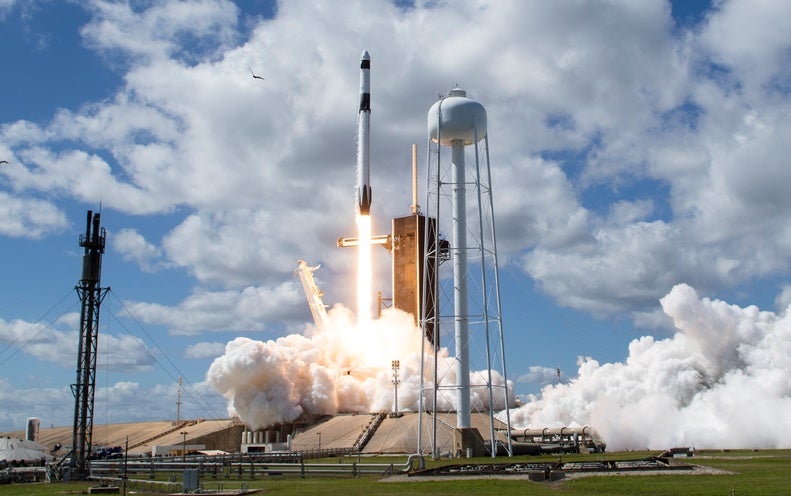 Since buying Twitter, billionaire Elon Musk has tried to make the platform more engaging and profitable. He’s trying to shift the platform from an ad-driven model to a subscription-based one, and he’s fired half his staff. In his own words, the plan is to “do lots of dumb things [and] keep what works.” So far, this approach to revamping Twitter is causing chaos; many advertisers have pulled funding, and experts predict that changing the code so quickly while being short-staffed will break the site.

Musk seems to believe these are growing pains, inherent to his tinkering process. This mindset has helped his other business ventures, such as his space exploration company SpaceX. That’s because, when it comes to developing rockets, tinkering is valuable. The successes and failures from each launch inspire design tweaks to improve efficiency, safety and stability; if a test drone blows up on a barge, the setback can teach engineers how to land it better next time.

Space travel can be quite complicated, but it is not particularly complex. Complicated things involve many parts that interact in simple, well-understood and predictable ways. For all their little pieces, the whole of a space mission is the sum of the parts: one could still figure out how a rocket works, what it does and where it is going from the blueprints and flight plans alone. In the time since Apollo, scientists have begun to categorize and understand systems where the individual parts interact in more nuanced ways that produce patterns beyond the sum of these parts. Power grids, ecosystems, global climate and our own behavior are all examples of such complex systems. On a social network, interactions between individuals create dizzying feedback loops and chaotic interactions that render simple mathematical models next-to-useless for predicting the future, let alone controlling it. Musk’s gamble is that applying his tinkering philosophy to Twitter will take him where no one has gone before: ownership of a large, healthy and profitable social network. The problem is that, unlike the moon or Mars, we have no idea how to get there—and that’s a challenge that engineering fixes cannot solve.

It’s not for lack of trying. Today’s Internet features a massive ecosystem of digital social networks engineered over decades by a generation’s brightest minds with budgets in the billions. Each of these networks came about with a comm on goal of connecting people—in a way that sustainably generates profits. Yet, despite an Internet R & D effort that dwarfs the Apollo space program, these platforms still amplify misinformation, foment violence and genocide, harm mental health, undermine public health and erode democratic processes. Even their profitability is in jeopardy, with tech companies facing declining stock prices and engaging in mass layoffs. Unfortunately for Musk, his approach to business is unlikely to solve these problems, even if it did lead SpaceX to success.

In comparison to running a social media site, developing a safe rocket seems way more difficult—and it is certainly a massive challenge. The Saturn V rocket that first carried astronauts to the moon had to condense and safely release enough energy to escape Earth’s gravity; perhaps even more ambitious was the project of developing a guidance system that could safely and reliably convey it to the lunar surface and back home again in one piece. Yet the instructions containing all the necessary math to do so could be processed by a computer a million times less powerful than whatever device you’re reading this on.

The reason it is possible to guide a rocket to the moon on a computer that couldn’t run a smart fridge is that the math required can be solved easily—even by humans (extremely talented humans, to be precise). Trajectories and corrections can be boiled down to well-understood equations from physics, and inputs can be mapped to predictable outcomes. These same equations are as useful to SpaceX today as they were to NASA a generation ago. The process of engineering a spacecraft is one of safely implementing these well-understood equations and inputting a desired destination. In this sense, solving problems at SpaceX is complicated but not complex.

In purchasing Twitter, however, Elon Musk has ventured from the world of complicated challenges to complex ones. He’s had a taste of this with Tesla’s project of developing full self-driving cars. For that, the challenges arise not from developing the guidance systems but from the interactions between vehicles, humans and the environment. There is no simple set of equations that can indicate how pedestrians and drivers, or the objects around them, will behave in every situation—or how a car can perfectly evade these obstacles to reach its destination without causing harm. Similarly, we lack a set of well-defined mathematical theories that can guide our social systems through the next year, much less to some distant point in the future.

The complexity of social relationships has bedeviled social media platforms for years, causing seemingly inconsequential policies to have enormous unexpected effects. Algorithms designed to drive engagement inadvertently amplify right-leaning politicians around the world. Hands-off moderation policies that let users spread fake news have affected multiple elections, and frustrated public health during a pandemic. Just this week on Twitter, Musk’s decision to change verification policy (a way for Twitter users to be sure an account is real) led to a wave of spoof accounts sharing jokes and pranks while disguised as real people and brands, eventually forcing the site to pause its new subscription program.

Not only are social media’s problems unsolved, we do not even have a coherent explanation for why these same issues keep popping up across technologies that bear little resemblance to one another. Why should a text-messaging platform like WhatsApp and a video-hosting site like YouTube encounter similar problems with the spread of misinformation and the radicalization of their users? If there were some simple design tweak that would address these challenges while retaining a social platform’s profitability, designers would have found them already.

Even if Musk believes his brand of rocket-science tinkering can address these issues, he needs to be aware that the stakes are so much higher. The worst accidents that can happen in space—tragic as they are—will have human costs that number tens of lives and financial costs that are a rounding error in the billionaire’s fortune. With social media, he can’t throw money at multiple test runs that have few human consequences. Instead, decisions about the design of digital social systems can affect millions of people, change global policy, and shake entire financial systems.

On Twitter, any concern Musk has felt for the well-being of astronauts on board a rocket must be multiplied to the scale of entire nations or groups of people hanging in the balance of his choices. Vague principles like freedom of speech can no better guide society than they can a rocket. Eventually, some concrete guidelines must be written into code, each line a course correction shifting society in one direction or another, with no clear idea where we’re supposed to go or how to get there. In treating Twitter like a rocket, he’s inadvertently shifting its course with all of us on board. Exploding on a barge is not a learning opportunity.

This is the core problem with Elon Musk’s, or any one individual’s, ownership of a social media platform. It’s clear that engineering decisions impact society as a whole, but we don’t have a framework for gauging these impacts in advance. I surely don’t have all the answers for what we should do with social media—and no one does. But moving fast and breaking things is clearly the wrong approach.

This is an opinion and analysis article, and the views expressed by the author or authors are not necessarily those of Scientific American.