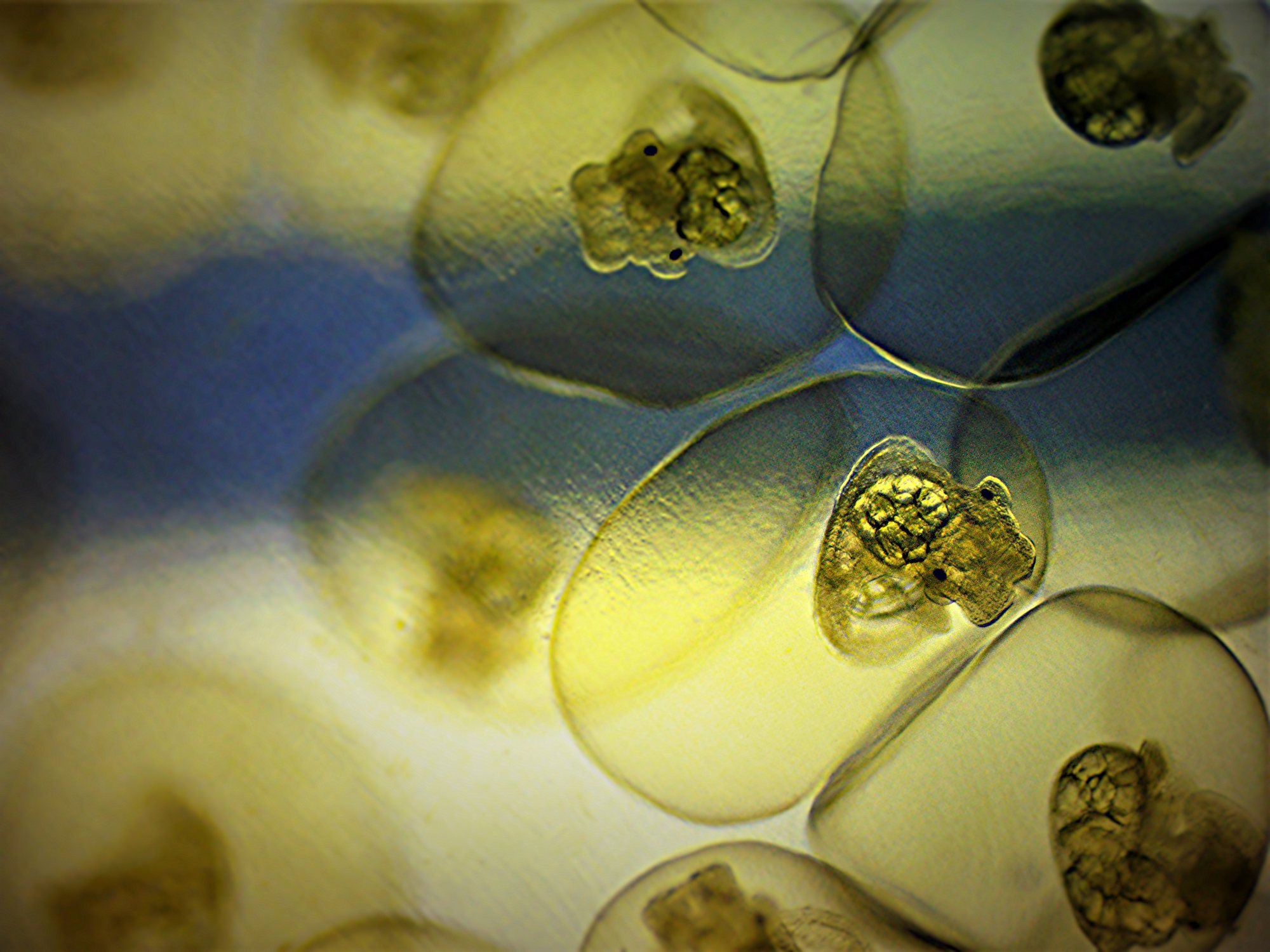 You could say Rebecca Osborne conducts her research at a snail’s pace.

And like that old adage of “slow and steady wins the race,” Osborne has indeed won. For the Natural Sciences and Engineering Research Council of Canada (NSERC) Science Exposed photo contest, a snapshot of snail embryos by the U of G environmental science and toxicology doctoral candidate took home one of three jury prizes as well as the people’s choice prize.

“It’s really exciting to feel like my work is getting out there,” Osborne said.

Supervised by Dr. Ryan Prosser in the Ontario Agricultural College, Osborne studies the multi-generational effects of pollution on freshwater ecosystems.

“As a broad field, we’re investigating how different chemicals can affect different organisms with the goal of providing the government with data to create safe guidelines,” said Osborne.

“Specifically, I’m looking at the multi-generational effects of metals,” she said, adding she works mostly with freshwater snails. “They can tell us a lot about the health of the environment.”

The image of snail embryos was first shot by an iPhone with a macro lens. Osborne was trying to compare reproductive differences between snails exposed to metals and unexposed snails. Using the time-lapse function, she recorded video of the embryo development in real time on a microscope with a professional camera. The winning image, she said, “is a snapshot of that.”

In July, Osborne learned she was one of 20 finalists for the two prizes. Her photograph depicts the exact moment the snail embryos eyespots and eyestalks appear, their first experience of the world.

Photography, she said, is increasingly becoming a vital research tool providing more precise methods of measurement. In the invertebrate toxicology field, it is still a new technology.

Science communication and the climate crisis

Osborne is passionate about science communication, including using plain language in a way that interests and engages people outside the field. “It’s more impactful to me that it’s seen by a lot of people who are not scientists. I can present at conferences for scientists, but this is a more interesting way to share my work.”

So much of the work researchers like her do is about conservation and the climate crisis, she pointed out. “You need people to buy in, you need them to care.”

Organized by NSERC, Science Exposed is a contest devoted exclusively to images of scientific research, open to entries from all fields of study. The contest showcases images of Canadian research, building a database for them, while fostering connection among researchers and interest in science and scientific curiosity in all audiences. It also contributes to the advancement of knowledge, scientific discussion and education.