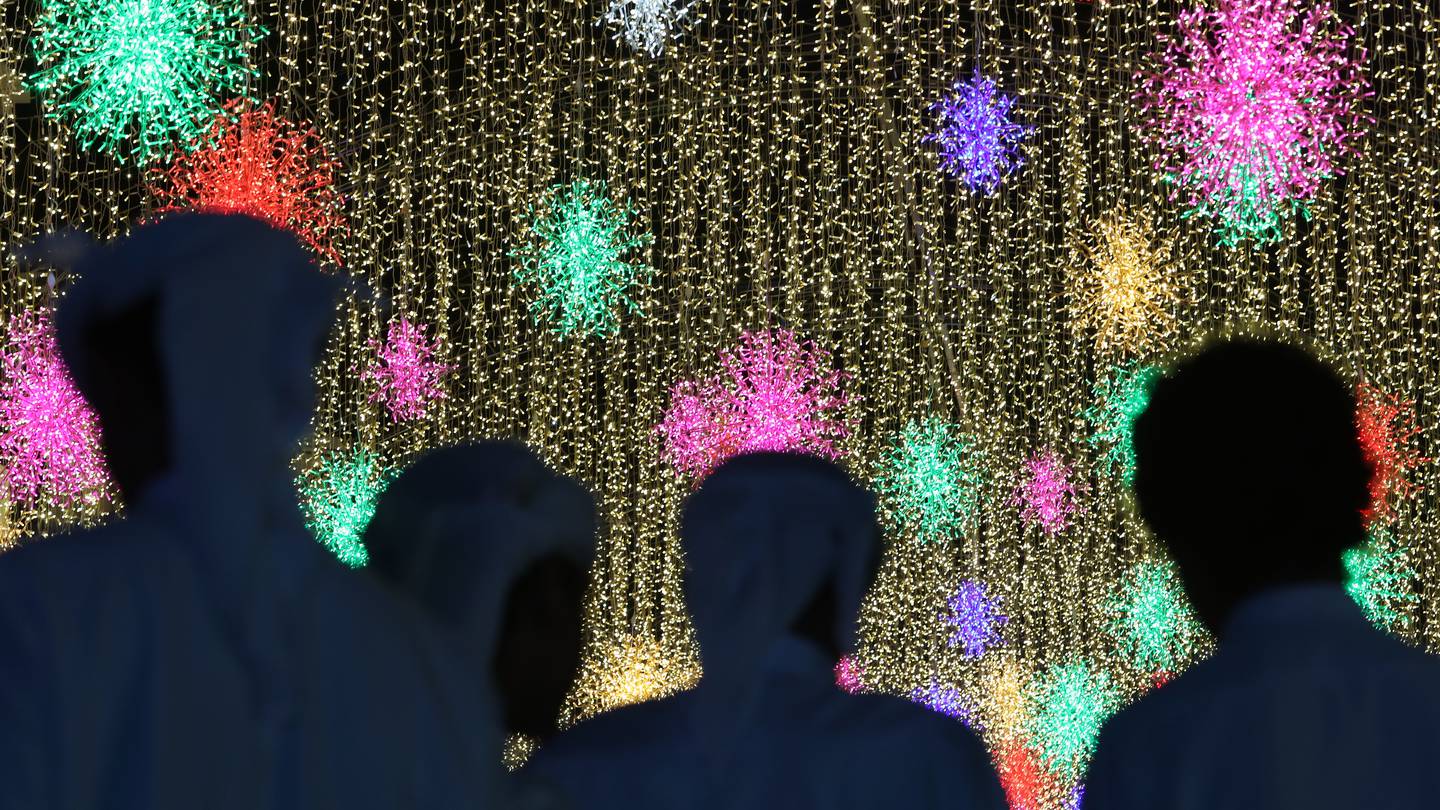 The UAE has fast become a regional hub for arts, culture and general creativity, and this year is no exception.

As live events are leaving the hybrid format behind and international travel is back in full swing, expect these art fairs, festivals and conferences to be bigger and better than ever before.

Included in this list are the major events with dates already announced, but yet to come are details of this year’s Culture Summit Abu Dhabi, Abu Dhabi Art and Dubai Design Week, among others.

Click here to find out more about the music and comedy gigs coming up this January.

Abu Dhabi’s Sheikh Zayed Festival is running in Al Wathba for another few months, bringing desert festivities and cultural traditions to the emirate.

Under the theme Hayakum, which means welcome in Arabic, this year’s Sheikh Zayed Festival continues the event’s tradition of honouring local customs and showcasing UAE heritage.

New this year is the Art District, where visitors can take part in acrylic pouring workshops.

The festival features more than 15 theatres that will show several cultural and entertainment events on a regular basis.

More information is at zayedfestival.ae

Abu Dhabi’s historic traditions are under the microscope at this year’s Al Hosn Festival, a unique cultural experience that explores where the capital’s story began and how it evolves.

It takes place at Qasr Al Hosn, including House of Artisans and the Cultural Foundation, the cultural home of the capital, with live performances, arts and cultural exhibits, traditional marketplaces, family workshops and more.

More information is at abudhabiculture.ae

Live performances, curated workshops, new exhibitions and more are what visitors can expect from the 10th Quoz Arts Fest, called Shift Away.

Alserkal Avenue’s warehouses open up to the public, displaying work by artists from across the world, alongside film screenings and music performances by Saint Levant and Bu Kolthoum, among others.

Music lovers will also enjoy Quoz Encore, a collaboration between Quoz Arts Fest and The Fridge, which promises to showcase the best of the UAE’s emerging talent.

More information is at alserkal.online

Mohammed Ahmed Al Marri, director general of Dubai’s General Directorate of Residency and Foreigners Affairs, at the Emirates Airline Festival of Literature on its opening day in 2022. All photos: Pawan Singh / The National

The Emirates Airline Festival of Literature is celebrating its 15th anniversary this year, with regional and international award-wining authors, experts and Hollywood celebrities in attendance.

Celebrated authors attending include British-Pakistani novelist Mohsin Hamid, known for his critically acclaimed novels The Reluctant Fundamentalist and Exit West and Irish author Cecelia Ahern, known for her books PS, I Love You and Where Rainbows End.

The festival’s theme of Old Friends is a reflection of how far the event has come in shaping the literary scene in the UAE, from exposing the public to world-renowned authors and providing a platform for writers from the region to showcase their literary talents.

More information is available at www.emirateslitfest.com

Where: Various venues across Sharjah

More than 140 artists from 70 countries will be participating in the 15th Sharjah Biennial, which has been delayed twice due to the coronavirus pandemic.

The biennial will take place across 16 venues in Sharjah, including a vegetable market, power station and a former nursery. As a way of marking the platform’s 30th anniversary, 30 major commissions will be featured.

More information is available at sharjahart.org

World-leading industry experts, including Dan Winters and Steve McCurry, will be in attendance across seven days and it also features a trade show where people can pick up or get inspired by the latest products.

This year, there will be 67 exhibitions showcasing a wide range of photographic genres, from landscape to celebrity and automotive.

More information is available at xposure.ae

A woman in cosplay poses with Batman at the Middle East Film & Comic Con 2022 in Abu Dhabi. All photos by Antonie Robertson / The National, unless specified otherwise

Middle East Film and Comic Con, the region’s largest pop culture festival, will be hosted by Abu Dhabi National Exhibition Centre for the second time, after moving from its long-time home in Dubai World Trade Centre.

A celebration of pop culture and fandom, the event brings together fans and stars for a fun-filled weekend that features workshops, talks, meet-and-greets, concerts, competitions and more.

Among the highlights of the show is the annual cosplay competition, where fans dress up as their favourite characters and compete to see who is the best dressed.

This year’s Art Dubai programme highlights the event’s role as a meeting point for creative industries and communities from the Global South.

It will feature a set of new site-specific commissions, alongside premieres from established international artists. Running alongside this are a conference, talks and an educational programme, in support of the development of Dubai’s cultural infrastructure.

Dubai Culture has begun preparations for the 11th Sikka Art and Design Festival, which celebrates the growing artistic and creative scene in Dubai.

Last year, the event turned 10 and returned after a two-year hiatus due to the pandemic. Named after the passageways between low-rise structures in the historical neighbourhood close to the Dubai Creek (still called by most long-time residents as Al Bastakiya), the festival brings together visual artists, performers, designers, musicians and other creatives to present artworks, concerts, murals, poetry readings and film screenings.

More information is available at sikkartandesign.com

Since its establishment in 2015, World Art Dubai has become the region’s largest affordable retail art fair, with prices starting at $100.

Last year, under the theme “unplug yourself”, the fair displayed more than 4,000 artworks from over 300 galleries and artists coming from more than 50 countries.

More information is available at worldartdubai.com

The prestigious ceremony was set to return to Etihad Arena next month, but has now been postponed until late May. No details about the reason were given.

Last year, the IIFA Awards were held for the first time in Abu Dhabi and included some of Bollywood’s most famous faces, such as Salman Khan, Abhishek Bachchan, Aishwarya Rai, Vicky Kaushal, Tiger Shroff and A R Rahman.

The IIFA Weekend & Awards also featured performances by some of the biggest Indian stars across two days, with many of the top films and actors of the past year honoured on the final night.

First held in London in 2000, the IIFA Awards were conceptualised by Mumbai event company Wizcraft International Entertainment to honour the best Hindi films and movie talents of the previous year.

More information is available at iifa.com

While no details have been revealed for the 2023 programme yet, last year’s fair included appearances by Syrian poet Adonis, Nobel Prize for Economics winner Guido Imbens and last year’s winners of the Sheikh Zayed Book Award and the International Prize for Arabic Fiction.

More information is available at adbookfair.com

The much-anticipated second Sharjah Architecture Triennial takes place, after the first was inaugurated in November 2019 and ran until February.

It’s scheduled to open in November, although exact dates are yet to be announced.

The theme is The Beauty of Impermanence: An Architecture of Adaptability. Sheikha Hoor Al Qasimi, president of the Sharjah Architecture Triennial, and curator Tosin Oshinowo, explained how the show’s title centres around how issues of scarcity in the Global South have created a culture of reuse, reappropriation, innovation, collaboration and adaptation.

Ultimately, the triennial will explore how global conversations can be reorientated to “create a more sustainable, resilient and equitable future”.

More information is available at sharjaharchitecture.org