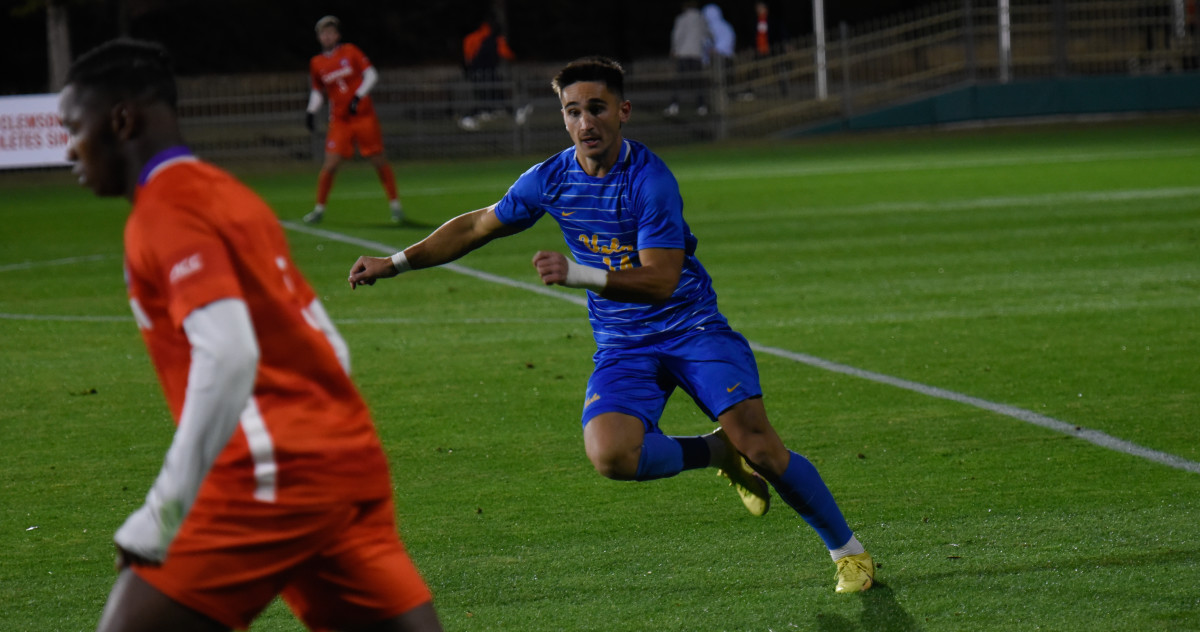 The reigning champs were dispatched on their own home turf on Sunday, and the Bruins were the ones who did the deed.

UCLA men’s soccer (12-6-1, 4-4-1 Pac-12) knocked off No. 6 seed Clemson (13-7-1, 3-4-1 ACC) in the second round of the NCAA tournament with a 2-1 final score, advancing to the Round of 16 for the first time since 2014 in the process. The Bruins and Tigers were tied for most of the night, but a clutch goal by redshirt sophomore midfielder Tucker Lepley wound up making the difference.

Redshirt senior forward Kevin Diaz had the ball deep in the attacking third in the 79th minute, and he sent a teardrop cross back towards the top of the box for redshirt sophomore forward Jose Contell.

Contell settled the ball with his chest right in the direction of Lepley, who volleyed it in for the decisive game-winner.

That was the second goal of the night for UCLA, but it was actually Clemson that landed the first blow.

Graduate defender Nicholas Blassou committed a foul in the box, giving the Tigers a chance to take the lead in the 23rd minute via a penalty kick. Defender Hamady Diop stepped up and converted on that chance, tucking inside the left post while sophomore goalkeeper Nate Crockford dove the opposite direction.

Crockford was making his return from an injury that held him out of the first round against Cal Baptist on Thursday, but he didn’t seem to miss a beat from his all-conference-level campaign on Sunday. He had already made two tough saves before that penalty kick, and he saved the next three shots on goal he faced between then and the end of the match.

The goalkeeper’s incorrect guess may have put the Bruins in a hole, but it didn’t take long for them to escape it.

Junior defender Grayson Doody had the ball on the right wing and cut back inside with some fancy footwork to avoid the tackle. Once he got into the box, he set up junior forward Andre Ochoa with a low pass as he drifted over from the left.

Ochoa rocketed it through traffic and into the back of the net, picking up his second goal in three games on the 31st minute equalizer.

The match was in a deadlock for the next 50 or so minutes, and even though the Bruins came out on top, the production across the board was tight. UCLA attempted 11 shots to Clemson’s 13, but both teams got six tries on target.

Crockford made key saves immediately following the UCLA’s two goals, while Clemson’s Joseph Andema made one in the 55th minute. The Tigers’ attack cobbled together two more shots after Lepley’s goal in the 79th, but Crockford turned one away and the other missed the frame.

As a result, UCLA was able to cling on for the win against the preseason No. 1 team and 2021 NCAA champions. The result sets up a showdown with Vermont in the next round, with details on that contest still to come. No. 3 seed Syracuse and No. 14 seed Cornell will face off on the other end of the quadrant, and one of those four teams will end to Cary, North Carolina, for the College Cup.