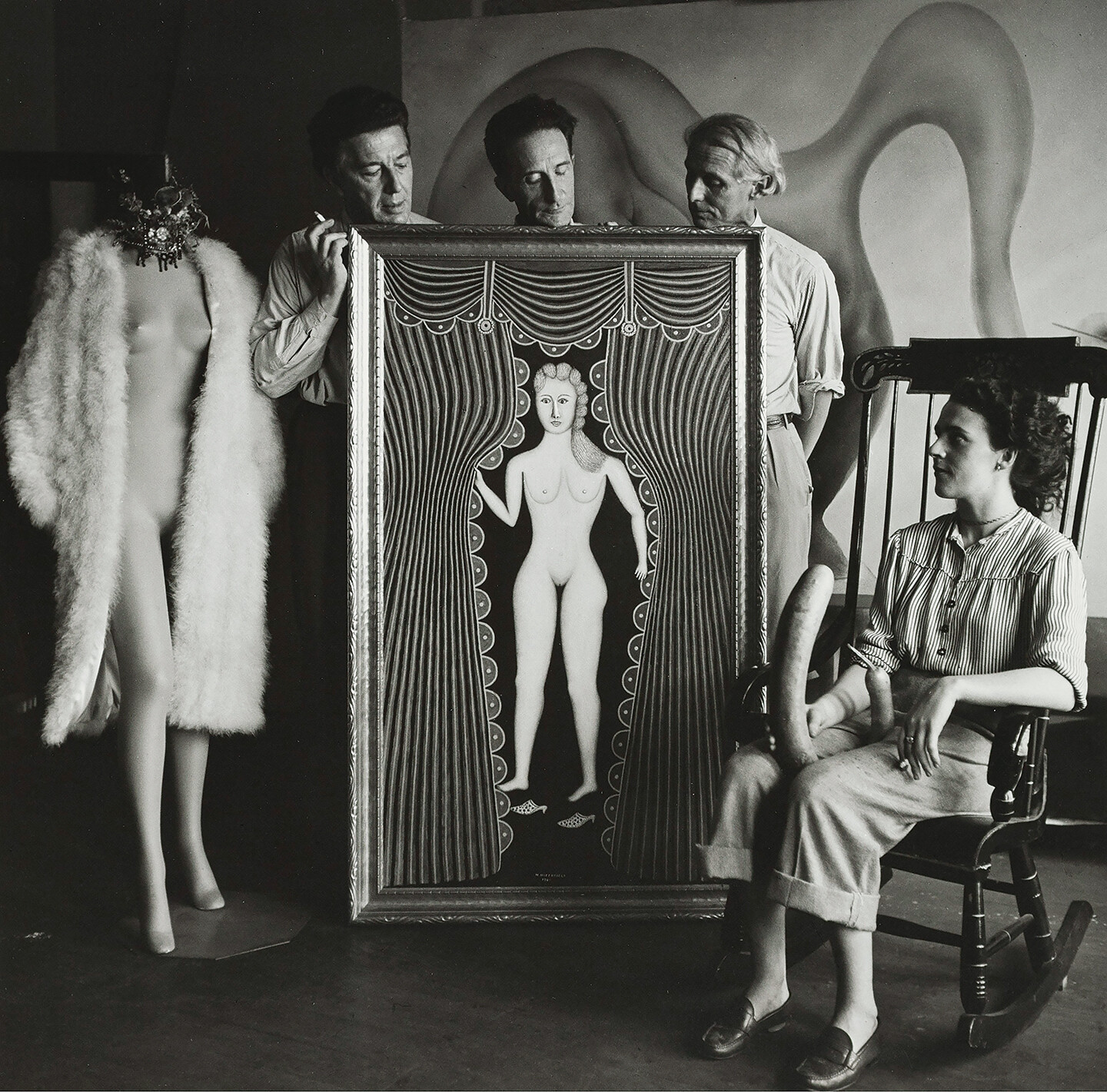 The American Folk Art Museum presents “Unexpected Partners: Self-Taught Art and Modernism in Interwar America,” in partnership with the Department of Art & Art History at Stanford University. This symposium is made possible through support from the Terra Foundation for American Art.

Organized in conjunction with the exhibition Morris Hirshfield Rediscovered (September 23, 2022-January 29, 2023) the virtual symposium reconsiders modernism’s complex interchange with self-taught art in the United States during the mid-twentieth century. The program features talks and panel discussions with leading experts, curators, and art historians across diverse geographical and cultural contexts.

This program is free and registration is required. Click on the RSVP link above to reserve your spot.

With little formal education and no connection to elite culture, Morris Hirshfield was never expected to make history. Admired by avant-garde artists such as Pablo Picasso, Piet Mondrian, and Marcel Duchamp, and exhibited by dealer and collectors Sidney Janis and Peggy Guggenheim, his work was featured in a highly publicized one-person show at the Museum of Modern Art in 1943. Yet, Hirshfield was frequently dismissed by critics as an unschooled amateur and mocked for his tendency to display figures in an unorthodox fashion.

“Unexpected Partners: Self-Taught Art and Modernism in Interwar America” will explore the work of Hirshfield and other unconventional artists—such as John Dunkley, William Edmondson, Oscar Howe, John Kane, Séraphine Louis, Bill Traylor—who were celebrated for their originality of vision while being “primitivized” by both defenders and detractors for their perceived distance from Western elite culture. Speakers will dwell on the tensions that resulted from gestures of inclusion that simultaneously promoted and pigeonholed artists.

Revisiting the interwar period through new research into key episodes, the symposium reveals a cultural history more diverse than is typically acknowledged. Speakers will highlight the important contributions that marginalized practitioners—particularly individuals from the BIPOC, immigrant, and disability communities—made to the development of modernism in the United States, redressing these artists’ gradual exclusion from the art-historical canon in the postwar era. Speakers will also question what remained at stake in maintaining a separation between the categories of vanguard and self-taught art despite the contradictions of that distinction.

Introduced and moderated by Esther Adler (Museum of Modern Art), followed by a brief discussion.

“Compensating for the Lacunae of Modern Art: Séraphine Louis and French Self-Taught Painters in Modernist Discourse”

“The Master of The Two Left Feet Steps Out in Manhattan”

“Autodidact: ‘only a matter of degree’?”

“Education and Incarceration in Midcentury America”

Introduced and moderated by Angela Miller (Washington University in St. Louis), followed by a brief discussion.

“In search of a Subaltern Modernism: Rethinking John Dunkley”

“A Global Naïve? Notes on the Brazilian Case”