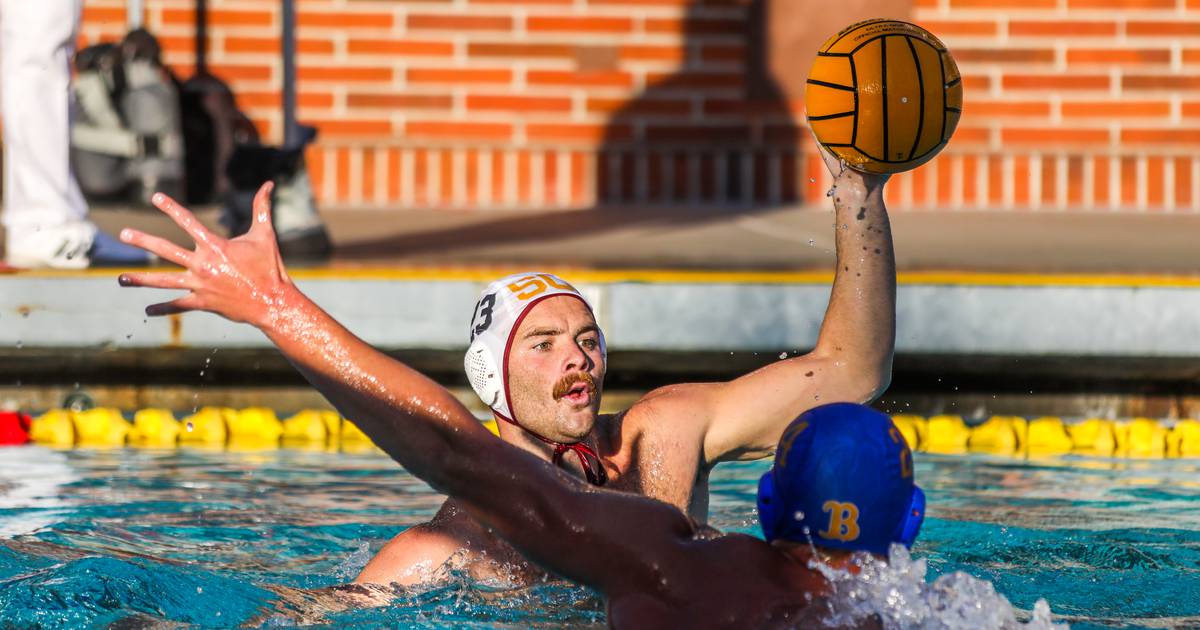 “Underdog” is not a word one usually uses to describe a team led by a 15-time NCAA champion coach.

And yet, the Trojans embodied that word over the weekend, becoming the lowest tournament seed ever to win the MPSF Championship and stamping their ticket to the NCAA Tournament. Playing Austin College, UCLA and Stanford, the Trojans never trailed for the entire weekend.

“I’m so proud of our team,” head coach Marko Pintaric said. “Our guys improved every single game, and it’s a pleasure to coach and watch this team.”

Pintaric’s squad remained undefeated at home for the entire season, going 7-0 at the Uytengsu Aquatics Center.

“I’m so proud of our guys,” redshirt senior 2-meter Jake Ehrhardt said. “Our team going undefeated at home is such a special moment.”

In the first game, 13 different Trojans contributed to a season-high 30 goals in a 30-3 victory against the Austin ‘Roos. Junior 2-meters Max Miller and Tony Nardelli each scored a career-high six goals.

“This game, they pressed us more, gave us more opportunities to put away our shots, and we adapted to that,” Nardelli said. “But I couldn’t have scored without my teammates. I mean, I was just playing water polo.”

Junior driver Tom McGuire added a career-high four goals while also notching three assists. Overall, the Trojans swiped the ball 37 times from the ‘Roos, a season-high for the Trojans.

On the defensive side, graduate goalie Kyle McKenney allowed just one goal in a quarter before passing off the cage to redshirt sophomore goalie Blake Jackson. Jackson blocked four ‘Roo strikes and allowed just two goals for the remainder of the game.

From the first sprint, the Trojans were in control. Redshirt senior driver Ashworth Molthen tipped the ball to sophomore driver Jake Carter for USC’s first goal.

After a ‘Roo turnover, Ehrhardt received a pass from Molthen and smashed another goal. Ehrhardt struck again, scoring in a one-on-one matchup with ‘Roo senior goalie Zachary Griffith. With that goal, Ehrhardt moved to seventh all-time on the USC scoring list with 168 career goals.

After Ehrhardt’s back-to-back strikes, the Trojans never let up for the rest of the game.

USC advanced to play UCLA. In a 12-11 victory, the Trojans claimed their first win against the Bruins this season after dropping the previous three matches. Ehrhardt and junior driver Carson Kranz each recorded three goals with Nardelli contributing two more.

“To come back from what happened last weekend says a lot about this team,” Ehrhardt said. “And it’s not just myself; my whole team has been putting me in position to score goals, and I’m just trying to capitalize on those opportunities.”

Steals were once again crucial for the Trojans’ victory. USC swiped the ball 12 times from its crosstown rivals with senior driver Marcus Longton leading all players with three grabs.

With 1:09 left to go in the third quarter, Ehrhardt lured three defenders, including Bruin senior goalie Bernardo Maurizi, on him. Ehrhardt then threw the ball into a vacant goal to put the Trojans up 11-6.

After back-to-back strikes by the Bruins, graduate driver Massimo Di Martire heaved the ball to Nardelli.  The junior from Mountain View tipped the pass off his hand and into the goal to give the Trojans a 12-8 advantage with 5:35 to go in the fourth quarter.

Bruin senior attacker Tommy Gruwell and graduate attacker Jake Cavano both answered to bring the game to within two.

With under a minute left, Gruwell’s final attempt hit the goal post. Cavano’s strike with six seconds to go found the net, but the Trojans played keep-away for the closing moments to claim victory.

USC’s final game was a 14-10 victory over Stanford. Di Martire and Ehrhardt both recorded four goals with Longton tacking on two more.

“I just stepped into opportunities that I saw coming my way,” Ehrhardt said. “In games like this, you want to let the game open up for you. You don’t want to force anything, and that’s just what I did today.”

In the cage, McKenney played all four quarters and racked up nine blocks.

“From the first game to the last one, our defense has come a long way,” McKenney said. “I really think it’s a mindset that the guys bought into, and they’ve done a great job protecting our goal.”

The Trojans held a narrow lead until Miller drew an exclusion with 3:02 to go in the fourth quarter. After a Trojan timeout, Ehrhardt tossed the ball to Di Martire who fired a bullet past the outnumbered Cardinal to put the Trojans up 12-9.

The deficit forced the Cardinal to empty their goal and play with a seven-man offense. Even with numbers, Cardinal junior 2-meter Ike Love failed to force his way through the Trojan defense, coughing the ball up to freshman utility Andrej Grgurevic and putting an end to Stanford’s strategy.

The Trojans will play either Fordham or Princeton in Berkeley on Dec. 1 in the NCAA quarterfinals. It will be the 18th straight tournament appearance for USC.

“You’d think that 18 straight would put a lot of pressure on us,” McKenney said. “But I don’t think that’s the case. I think this team has nothing to lose, and we’re playing as one unit right now.”