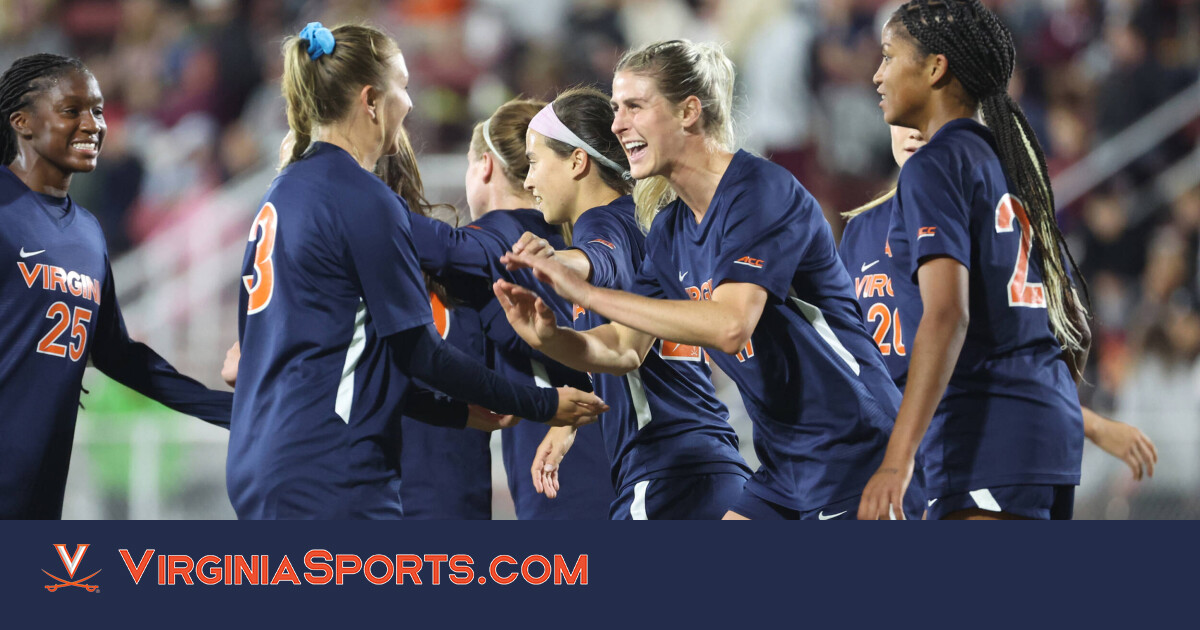 Virginia rallied twice in the second half to send the game into extra time before securing the win.

With the win, the Cavaliers advance to the quarterfinals of the NCAA Tournament and will face either No. 1 seed UCLA or No. 4 seed Northwestern. Game date and location will be determined once opponents are set.

HOW IT HAPPENED
Penn State struck in the 30th minute with a transition attack that saw Ally Schlegel send the ball forward to Payton Linnehan approaching the box in the middle of the field. Linnehan cut to her left and managed to get the ball around a diving Virginia keeper and picked the ball back up before putting her chance past another Virginia defender and in at the back post.

Virginia got the equalizer in the 74th minute with a strike from freshman Jill Flammia. Flammia stayed with the play after her initial header off a ball from Haley Hopkins was saved, but the deflected shot bounced in front of the goal mouth and Flammia put it back in for the score.

The Nittany Lions moved back in front in the 82nd minute when the initial shot after White came off her line was off the back post, but was cleaned up and put in by Amelia White.

Another Cavalier freshman struck in the 88th minute as Maggie Cagle fought to keep a ball alive on the end line and reset the offense, sending the ball in to Maya Carter who finished to tie things up. Virginia would then pick up the win as Haley Hopkins scored in the 94th minute off a Cagle pass – knocking a ball in at the left post after it was tipped by the Penn State keeper. Virginia would then lock things down in the final 16 minutes of overtime to secure the win.

NOTES ON THE GAME
• UVA advances to the quarterfinal round for the ninth time in program history.
• The series between Virginia and Penn State is now tied 8-8-1 and UVA leads in NCAA Tournament games.
• Maggie Cagle’s two assists push her to a team-leading 12 on the season with seven on game-winning goals.
• Freshmen featured prominently with Cagle tallying the two assists and Jill Flammia and Maya Carter notching the second-half goals.
• Jill Flammia’s goal was her fourth of the season, while Maya Carter also scored her fourth of the year.
• Haley Hopkins hit her fifth game-winning goal of the season with the overtime goal.

FROM HEAD COACH STEVE SWANSON
“(It was) a really incredible soccer game tonight and a wonderful advertisement for women’s college soccer. Penn State is an excellent team and our whole program has great respect for their staff and players. We knew it was going to take a lot to win the game and we really had to dig deep to get it. We are very proud of the team, the way they battled back twice to equalize, the way they kept fighting on both sides of the ball, the soccer they played and all they had to overcome this week with regard to the tragedy at our University. Devin, Lavel, D’Sean as well as Michael and Marlee are very much on our minds and we continue to send our loving thoughts to all their families.”