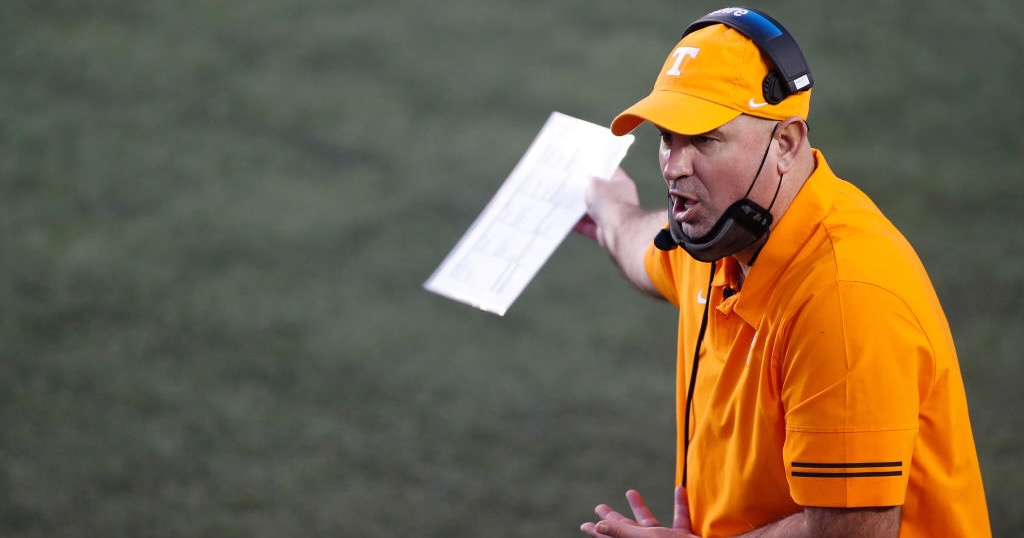 Tennessee athletics on Thursday morning released its response to the NCAA’s Notice of Allegations concerning the Tennessee football program and the 18 violations committed by former head coach Jeremy Pruitt, his coaching staff and his recruiting staff.

Here’s the introduction and overview from the Vols, describing how Pruitt “deceived” the University of Tennessee while committing the alleged violations:

The University is committed to upholding the principles of integrity and fairness in administering its 20 intercollegiate athletics programs. University leadership, beginning with the Chancellor, consistently communicates to all athletics personnel and coaches the institution’s expectations that they shall comply with all NCAA obligations and prioritize the welfare of the nearly 600 Tennessee student-athletes. Unfortunately, this case demonstrates that several former football coaches and noncoaching staff members, including former head football coach Jeremy Pruitt (J. Pruitt), disregarded the University’s compliance expectations by knowingly committing serious violations.

Throughout this case, the University has demonstrated its unparalleled commitment to integrity, and the Chancellor has led the institution’s efforts to thoroughly investigate and process the violations, hold accountable those responsible for the infractions, and ensure that current football student- athletes who had no role in what transpired would not suffer the consequences for the violations. Every decision made by the University has been rooted in promptly uncovering and reporting the truth of what occurred, as illustrated by the fact that nearly all of the underlying violations in the NOA are based upon the evidence and findings detailed in the University’s report of investigation. As a result, the University is in substantial, although not complete, agreement with the enforcement staff that the information in Allegations 1 through 9 is correct and that violations occurred.

This infractions case comes before a Hearing Panel (Panel) of the Division I Committee on Infractions (COI) at a time of significant transformation to the Collegiate Model generally and infractions program specifically. Intercollegiate athletics looks dramatically different today than when the University commenced this investigation more than two years ago. Accordingly, the Panel’s review and consideration of this case must account for these changes, namely name, image and likeness (NIL) rights for student-athletes, the NCAA transfer portal, the Alston decision, and significant enhancements to the enforcement process that are set to take effect in January 2023 following the adoption of the new NCAA Constitution and the implementation of recommendations by the Division I Transformation Committee. Of particular importance to this case, the Panel must also consider revised expectations of member institutions to cooperate in investigations and an ongoing re-examination of core penalties. The University’s handling of this case aligns precisely with the spirit and intent of these reforms, including ensuring active involvement and participation by the Chancellor, vigorously detecting and investigating violations (including through accessing electronic devices), reporting findings to the NCAA, self-imposing meaningful penalties and corrective actions, and prioritizing the welfare and interests of student-athletes.

Moreover, the changing intercollegiate athletics environment demands a new approach to enforcement and the manner in which member institutions are held accountable for violations, particularly those violations that result from the intentional and deceptive acts of individuals. The application of traditional penalties that negatively impact the student-athlete experience does not align with the reality of this new era, and some of the most severe penalties (i.e., postseason bans) are unfair, counterproductive, and place a significant portion of accountability for the violations on student-athletes and coaches who had no responsibility for the violations. As detailed in this Response, the University has taken significant actions stemming from the underlying violations, including terminating the employment of those individuals who had knowledge of and/or involvement in violations, but it has not self-imposed a postseason bowl ban or other limitations on the competitive opportunities for its student-athletes. The University respectfully urges the Panel to conclude the same, particularly given the extraordinary level of involvement and cooperation by the University in this case.

The enforcement staff expressly credited the University for its investigation and efforts in this matter by citing its “exemplary cooperation” as “the standard for any institutional inquiries into potential violations.” The University acknowledges and appreciates the staff’s endorsement, and also notes that on August 31, 2022, approximately six weeks after the issuance of the NOA, the Division I Board of Directors adopted Proposal 2022-17 as emergency legislation, with an effective date of January 1, 2023. Among other objectives, that reform was intended to improve cooperation in the infractions process, and it includes additional mitigating factors that will soon be available to institutions in the infractions process. Many of the new factors align with the University’s actions in this case and should also be considered by the Panel, including:

The University’s actions relevant to this case began well before its discovery of violations, and the enforcement staff’s allegation that the University “failed to monitor” its football program is not supported by the facts. As detailed more fully in response to Allegation 18, the University’s athletics compliance staff went to considerable effort to educate and monitor the football staff, including, as one pertinent example, the provision of rules education concerning the COVID dead period recruiting restrictions on more than 30 separate occasions between April and December 2020. The University’s efforts to monitor the football program were no less rigorous and included placing an experienced athletics compliance staff member directly in the football offices throughout J. Pruitt’s tenure. In short, the University’s expectations for NCAA rules compliance were clear, yet J. Pruitt and his staff repeatedly deceived the University to such a degree that compliance staff could not reasonably prevent, or immediately detect, the intentional misconduct that occurred in this case.

From November 2020 through May 2021, the University conducted more than 120 interviews and collected hundreds of thousands of records, including vast amounts of data retrieved from the imaging of cell phones and extensive records from local Knoxville businesses. The University’s decision to image cell phones early in the investigation was the key step to discovering the violations now detailed in the NOA – most if not all of which would likely have gone undetected – and stopping the violations.

University investigators spent considerable time and resources to review, evaluate and cite to the voluminous case record, which included over 230,000 pages of forensically imaged cell phone data, and to produce a report of the investigation (and all related evidence) to the NCAA enforcement staff in a manner that would expedite the staff’s supplemental investigation. In addition to collecting and producing the overwhelming majority of the factual record in this case, University investigators sought and obtained numerous interviews and records from third parties who had no obligation to cooperate in the investigation.

The University’s report makes clear that the institution engaged in a prompt, thorough and efficient investigation of the facts to determine the full scope of violations (and potential violations) that occurred. Beginning with the University’s initial verbal report to the Vice President of Enforcement and continuing throughout the investigation, the institution advised the staff as new issues arose and often sought the staff’s guidance and assistance.