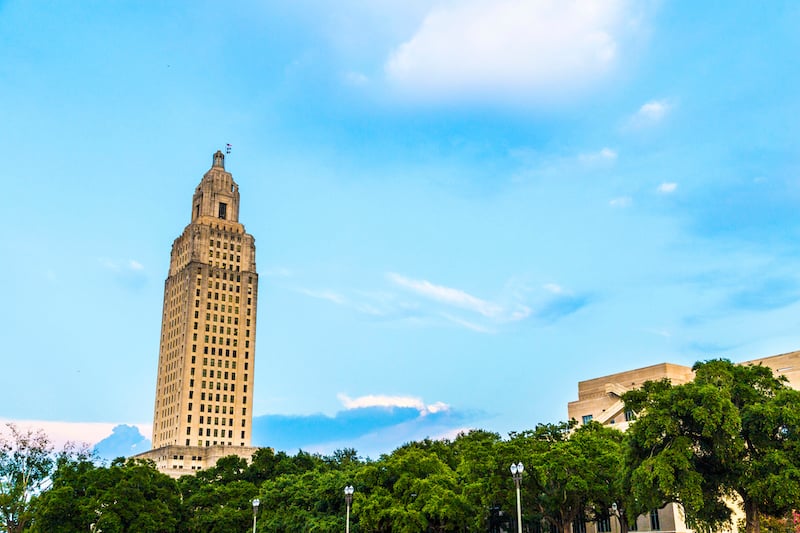 BATAON ROUGE (Louisiana Illuminator) — The Louisiana Legislature will convene a week from today for a seven-day special session on the state’s homeowner’s insurance crisis. Its overriding goal is to rein in policy premiums that have soared after back-to-back catastrophic hurricane seasons, but lawmakers say more needs to be done than what can happen within the narrow scope of the weeklong session.

Gov. John Bel Edwards issued the official call Sunday to begin the session at noon Jan. 30 and adjourn no later than 6 p.m. Feb. 5. The session’s call is very specific: to direct excess state revenue to a Louisiana Department of Insurance incentive program.

Insurance Commissioner Jim Donelon has asked for $45 million to help lure new property insurers to the state, similar to steps he took after hurricanes Katrina and Rita in 2005. Some of those companies have since pulled out of the Louisiana market or gone bankrupt.

The governor and lawmakers initially told Donelon his request could wait until the regular session that starts April 10. But the insurance commissioner said that would be too long for insurers, who need the money now so they can shop for reinsurance, the policies that cover their risk that have also become more costly.

“While Commissioner Donelon says we must do this now, this is just a first step in addressing Louisiana’s ongoing insurance issues after the devastating hurricane seasons of 2020 and 2021, a crisis worsened by hurricanes and wildfires in other states in 2022,” Edwards said in a statement Sunday. “We will continue to work on this issue during the regular session beginning in April.”

Last week, it appeared legislative leaders were content to wait until April to act. Some expressed skepticism that Donelon’s approach would lead to easier access or more affordable coverage.

“I think Commissioner Donelon thinks that people down here are clamoring for a bunch of sh—- insurance companies like we had before, and we’re not,” said House Speaker Pro Tempore Tanner Magee, a Republican who represents parts of Terrebonne Parish hit hard in Hurricane Ida. “We want good insurance companies that are actually going to be partners here and pay claims and do all the things they were supposed to do.”

House Speaker Clay Schexnayder, R-French Settlement, also questioned last week whether Donelon’s approach would be effective. But by Sunday, his tone had changed somewhat based on a quote attributed to him in the governor’s press release announcing the special session.

“While a special session to fund the Louisiana Incentive Fund is not going to solve the issue of availability and affordability of property insurance for our citizens, it is a short term Band-Aid that can be a first step toward a more long term solution,” Schexnayder said, in part.

Senate President Page Cortez, R-Lafayette, has pressed Donelon for more details on those expected to take advantage of the incentive. Donelon has not provided that information. In the governor’s statement Sunday, Cortez said he understands why Donelon has stressed the need for a special session because “time is of the essence.”

The insurance commissioner had a chance to sway lawmakers Friday during a meeting of the Joint Legislative Committee on the Budget.

“People are literally going to lose their houses if we don’t have a special session,” Donelon told the committee.

Still, some members weren’t convinced the session could be fruitful.

“I don’t want to go through a special session if you all don’t have the numbers to pass it on both sides,” Rep. Denise Marcelle, D-Baton Rouge, said.

It takes a minimum of five days for a bill to wind its way through the legislative process, so lawmakers might not use all seven days in the special session. Because the governor’s call is so narrow in scope, no other proposals can be considered during the session.

But this doesn’t guarantee an easy path toward passage of the $45 million supplemental budget allocation. In fact, some lawmakers wanted a broader agenda to allow more potential solutions to be discussed.

Suggestions have been floated to use the insurance fund to help homeowners cover the extra cost of policies from Louisiana Citizens Insurance Corp., the state-backed insurer of last resort. By law, Citizens must price its coverage above market rate, and Donelon has resisted any such subsidies because he wants to move policies away from Citizens.

Another idea offered is to provide homeowners money from the fund to upgrade their roofs or make other changes to lower their storm-damage risks. These and other options are now destined for the regular session, based on the statements from Edwards, Cortez and Schexnayder.

But even with these prospects, regional and political differences could stand in the way of the $45 million Donelon wants for the incentive fund. Lawmakers in north Louisiana, for example, might not be willing to put more in state dollars toward a problem in the coastal part of the state.

Only a simple majority is needed to approve the $45 million allocation, but Donleon’s strategy has drawn bipartisan scrutiny. Rep. Sam Jenkins of Shreveport, chairman of the House Democratic Caucus, told the Illuminator last week he needs more information before he can support the insurance commissioner’s plan.

House Conservative Caucus Chairman Jack McFarland, R-Jonesboro, has said he not only wants to know what companies Donelon says might take advantage of the incentive, he also wants to question them. The insurance commission hasn’t yielded that information, and it’s not likely the confines of the special session would allow for such an inquiry.

How Florida handled its insurance crisis

Louisiana is not the only state where lawmakers have had to confront a property insurance crisis. The Florida State Legislature met in a December special session during which members confronted an already frail marketplace that Hurricane Ian toppled last year.

At least eight insurance companies defaulted in Florida have defaulted in the past three years, including five in 2022, according to the Florida Phoenix

Lawmakers agreed to supplement Florida’s insurance incentive fund with an additional $1 billion. That fund had been created in May of last year and seeded with $2 billion.

In addition to the money, legislators also inserted a provision that makes it harder for property owners to hire an attorney if they want to sue insurance carriers for not paying their claims adequately or promptly.

Sponsors of the bill to add $1 billion to Florida’s insurance incentive fund acknowledged it may take another 18 months before their actions result in lower rates for homeowner’s policies. It also depends on the coming hurricane season sparing Florida from any significant damage.

“We’re in a very grim reality with respect to the property insurance market. As you know, we don’t get to pick the reality or the market we’re in. We have to try to fix it,” House Speaker Paul Renner said.

By Greg LaRose with contributions from senior reporter Julie O’Donoghue