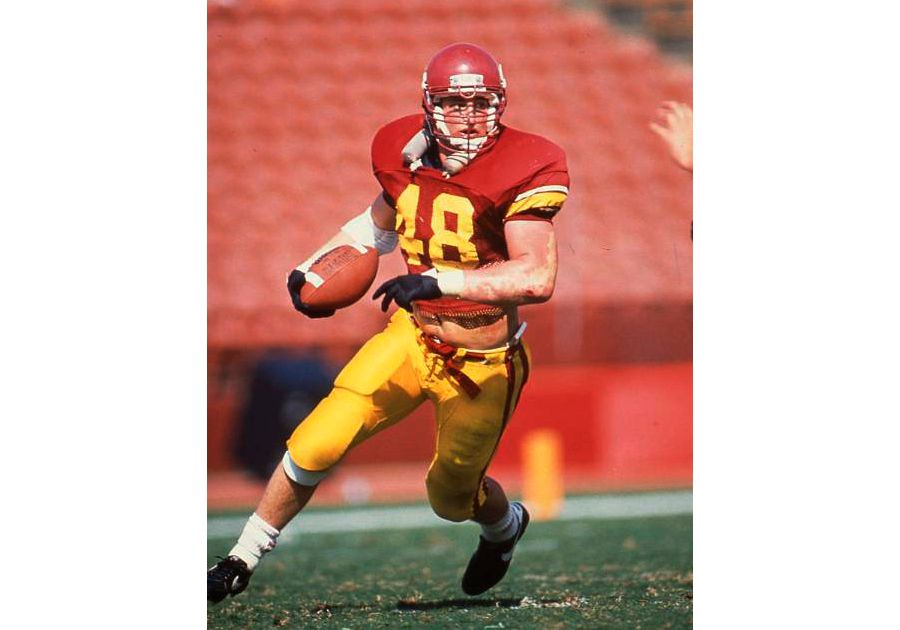 LOS ANGELES (AP) — Attorneys asked a jury Monday to award $55 million to the widow of a former USC football player, in a landmark case accusing the NCAA of failing to protect him from repetitive head trauma that led to his death.

Matthew Gee, a hard-hitting linebacker who was on the 1990 Rose Bowl-winning squad, endured countless blows that caused permanent brain damage and led to cocaine and alcohol abuse that eventually killed him at age 49, his lawyers said in closing arguments.

In the first case of its kind to go to a jury, the attorneys in told Los Angeles Superior Court jurors that the NCAA, the governing body of college athletics in the U.S., had known about effects of head trauma in sports since the 1930s but failed for decades to notify players of the risks or put rules in place to protect players.

“You cannot bring Matt back but you can say what the NCAA did to him was wrong,” attorney Bill Horton said. “Put this on the NCAA’s radar. … This is the only way they will ever listen.”

A lawyer for the NCAA said Gee experienced a sudden cardiac death brought on by long-standing hypertension and acute cocaine toxicity and he had a raft of other serious health problems.

“The NCAA had nothing to do with the things that tragically took Mr. Gee’s life,” attorney Will Stute said.

The issue of concussions in sports, and football in particular, has been front and center in recent years as research has discovered more about long-term effects of repeated head trauma in problems ranging from headaches to depression and, sometimes, early onset Parkinson’s or Alzheimer’s disease.

The monthlong trial is one of hundreds of wrongful death and personal injury lawsuits brought by college football players against the NCAA in the past decade.

But Gee’s is only the second case to go to trial with allegations that hits to the head led to chronic traumatic encephalopathy, a degenerative brain disease. A 2018 case in Texas settled a few days into the trial and long before it might have gone to the jury.

Gee was one of five linebackers on the 1989 Trojans squad who died before turning 50. As with teammate and NFL star Junior Seau, who killed himself in 2012, Gee’s brain was examined posthumously at Boston University’s Chronic Traumatic Encephalopathy Center and found to have CTE.

CTE is associated with memory loss, depression and progressive dementia. It can only be diagnosed after death.

Boston University has found CTE in the brains of 110 of 111 deceased former NFL players and 48 of 53 former college players, according to a study in the Journal of the American Medical Association.

Hall of Famers diagnosed after death include Ken Stabler and Mike Webster.

In his senior year, Gee was team captain and led USC in tackles, forced fumbles and fumble recoveries.

Gee married Alana, his college sweetheart, after graduating in 1992, and they lived a normal life for 20 years. They raised three children as he ran a successful insurance company in Southern California.

But things took a downturn around 2013 when he began to lose control of his emotions, the lawsuit said. He became angry, confused and depressed. He drank heavily. He told a doctor days would go by without him being able to recall what happened.

Attorneys for Gee said that CTE, which is found in athletes and military veterans who suffered repetitive brain injuries, was an indirect cause of death because head trauma has been shown to promote substance abuse.

“Rarely do you find CTE on a death certificate,” attorney Justin Shrader said.

Stute said the wrongful death case was about what caused Gee’s death and not whether CTE exists. NCAA experts said CTE was still a hypothesis.

After years of denials, the NFL acknowledged in 2016 that BU’s research showed a link between football. The league agreed to settle head injury cases covering 20,000 retired players providing up to $4 million for a death involving CTE. It’s expected to exceed $1.4 billion in payouts over 65 years for six qualifying conditions.

In 2016, the NCAA agreed to settle a class-action concussion lawsuit, paying $70 million to monitor former college athletes’ medical conditions, $5 million toward medical research, and payments of up to $5,000 toward individual players claiming injuries.