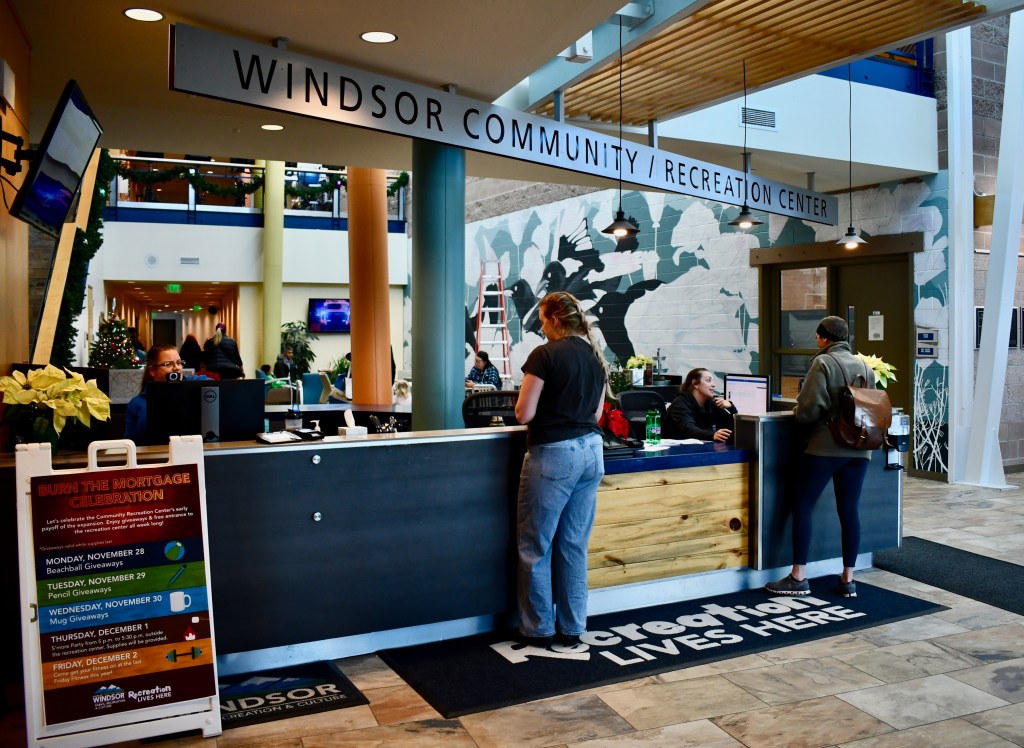 Windsor Parks, Recreation and Culture will be starting the New Year off financially in the black as the center announced that it has paid off the mortgage on the building’s expansion loan.

“We are fortunate to be able to payoff the mortgage early,” Deputy Director of Parks, Recreation & Culture Tara Fotsch said. “Because of the sales tax, we looked at our stuff this fall and decided that by December we will have enough money in the bank to payoff the existing loan.”

The early payoff of the mortgage will also put some change back into the pockets of shoppers and business owners.

“Starting the first of the year, 0.55 of the original sales tax, which was 0.95, will be retired,” Rennemeyer said. “It’s because the taxpayers believe in this community that they said, ‘Go for it. Let’s do it to make this facility better.’

“And on the other side of it, we paid it off nine years early.”

The early payoff resulted in a savings of around $1.5 million, Rennemeyer said.

The remaining 0.40 of the sales tax will be used to cover the center’s operational and maintenance expenses.

“It was a 15-year note and we are six years in,” said town manager Shane Hale. “Ever since I’ve been here, the town board always has asked the question, ‘what can we pay off early.’”

It was late September/early October when the finance department realized the town had the ability to payoff the loan well before the final payment was due.

“The rec center is back to pre-pandemic levels, we’ve had a lot of people using the facility again and a lot of really strong sales tax growth,” Hale said. “When we discovered it, I gave the mayor the heads up and he was like, ‘let’s pay it off today.’ So it was one of those things that I knew would be really well-received by the board.”

To celebrate the town’s financial achievement, the center hosted a Burn the Mortgage celebration Dec. 1.

Attendees gathered outside the center to roast marshmallows and make s’mores. During the event, Rennemeyer ceremoniously burned a large scroll emblazoned with the word, “mortgage” on it.

“This is a big occasion and it’s really exciting we are at this point. This whole facility is now debt free,” Rennemeyer said to the crowd. “What’s really an honor is that six years ago about right now we were actually cutting the ribbon on the part of the faculty that created the sales tax to cover the bond that we took out.”

The Windsor Community Recreation Center, 250 11th St., hosts a variety of classes, programs and events all year for community members of all ages to partake in.

To learn more about the Windsor Community Recreation Center, upcoming classes and programs or admission fees, go to www.recreationliveshere.com.