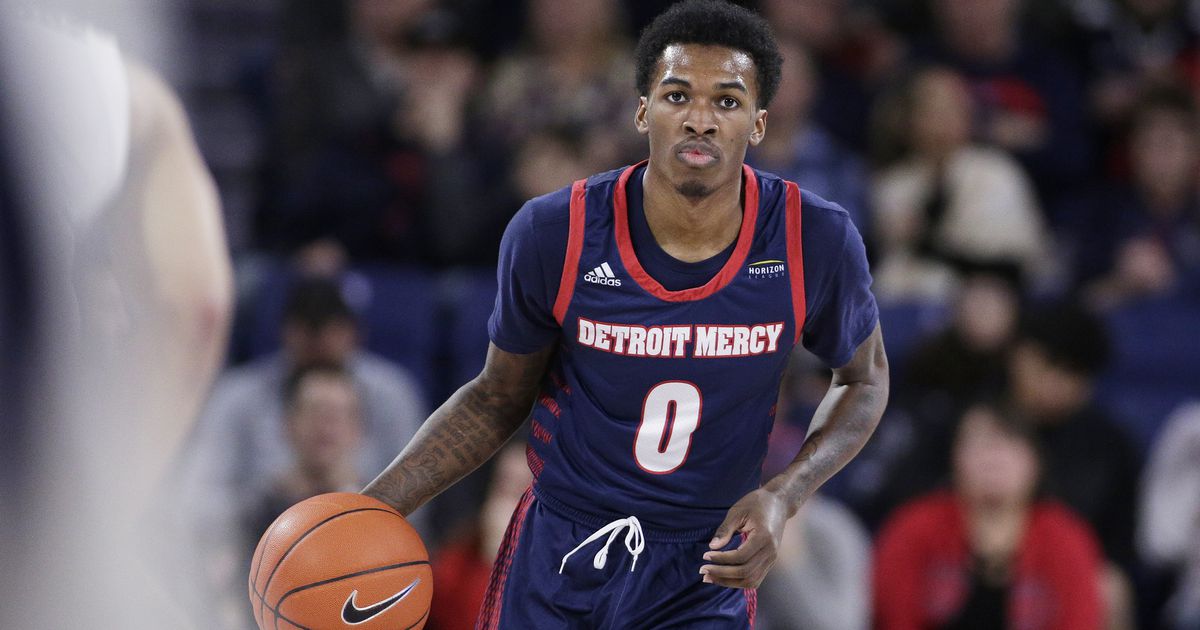 “He’s a tremendous shooter. And he’s a good ball-handler, too,” said Nagy, who’s preparing for another meeting with Davis and the Titans at 7 p.m. Friday at the Nutter Center.

“Guys like him — (Northern Kentucky’s) Marques Warrick is that way, Trey Calvin is that way for us — they’re tremendously gifted offensively, and, on top of that, they have the ultimate green light.

“They know their coach isn’t going to say two words to them about any shot they take. It just makes a difference for that player.”

Davis has averaged 24.6 points for 126 career games, but he also led the league in shots the last four years at 20.4 per game.

He’s first nationally this season with 313 in 15 games.

But while playing for his father, Mike Davis, may keep him in a comfort zone, he’s also the NCAA record-holder for consecutive double-figure games with 126 (he’s never been held to single digits). And his 492 three-pointers are just 17 away from Oakland guard Fletcher Magee’s national record.

“Like most guys that are high-volume shooters — he’s going to get his points because he takes enough shots. It’s just, how many shots are we going to make him take to get those points?” Nagy said.

“Not fouling, not giving him free points (is the key). If he’s going to hit those shots, he’s going to hit ‘em, and there isn’t a whole lot you can do to change that. But if he’s having a tough night, it’s making sure you don’t get him going by getting to the free-throw line and seeing the ball go in.”

Davis has led the league in free-throw percentage three times. He’s hitting 88.6% this season and 88.7 for his career.

Asked if he devises anything special for Davis, Nagy said: “We treat him a little differently than we would some other guys. It’d not be very smart of us not to.

“But we’re a man-to-man team, and so that stuff’s not going to change a lot. I think in a zone, you’d have a tendency to lose him even more.”

Of course, an asterisk probably needs to be attached to Davis’ achievements since he’s playing his fifth season with Detroit, taking the extra year available to 2020-21 athletes because of the pandemic.

But he has an admirer in Nagy, who knows Davis hasn’t just relied on natural talent.

“The times we’ve been up there, I’ve seen him after games go in the gym and shoot,” he said. “He’s got a great work ethic on top of everything else.”